Eoghan Dalton reports
A Tramore candidate for the Local Elections has defended a social media post made over the weekend, in which she criticised Gardaí for targeting people who potentially have trace amounts of cannabis on their person. Una Dunphy (PBP) made the post in the early hours of Sunday morning after attending a Garda station in relation to a person accused of being in possession of trace amounts of cannabis.
People in possession of traces of cannabis can be prosecuted under the law. Ms Dunphy criticised Gardaí for targeting minor amounts of cannabis and closed off her post with a link to a protest song by the late 1980s American rap group NWA, ‘F*ck Tha Police’, dedicating it to both Gardaí and to members of Waterford City and County Council’s Joint Policing Committee. 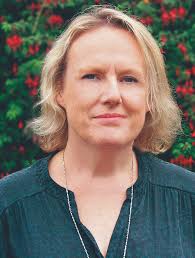 While the post received wide support from many, it also came in for criticism from committee member, Cllr John Hearne (SF) who said that he has been “very badly treated by some (Gardaí) but I’ve never treated anyone with nothing but respect…I’ve no bother fighting with them when their wrong and helping them when they’re doing good work”. “But you shouldn’t paint them all with the one brush. Rise above it for your community’s sake because we need good Garda,” said Cllr Hearne.“I think people working together is better than falling apart, it’s tough job and I think it’s they’re all our brothers and sisters,” added the City South representative to this newspaper, who has family members among the force.‘F*ck tha Police’ is a protest song famous to a generation who have witnessed all that is negative with policing, generally aimed at populations of disadvantage, along with many other problems, who come under disproportionate attention of law enforcers.
She told this newspaper that the film telling the story of the band, Straight Outta Compton, was on Saturday night when she commented, and described it as a “powerful and tragic tale of the rise of American rappers who came from nothing and resonated on a world stage. Their experience with the police formed a part of that story”.She added said: “Persecuting the lowest petty crime does little to win the battle against crime or the confidence of the public most affected by it.”“Community Gardaí are essential to this as are community voices. These voices need to reflect the communities that are infested with the harsh reality of criminal gangs and the peripheral damage they cause.”“Shouting for more Gardaí is fine,” she went on, “But calling for better quality policing is a different and much needed demand.”
She cited examples such as the TYRE Project, which is a youth diversion project aimed at 12 to 18 year olds in the Tramore community who are at risk of coming into contact with the Gardaí.
Ms Dunphy, who is standing for election on 24 May for the Tramore/City West area, received support from other politicians for her online comments. City South’s Cllr Seán Reinhardt (Ind) and Leslie Hughes(SF), who is standing in the same ward as Ms Dunphy, both said targeting minor amounts of cannabis was a poor use of resources.