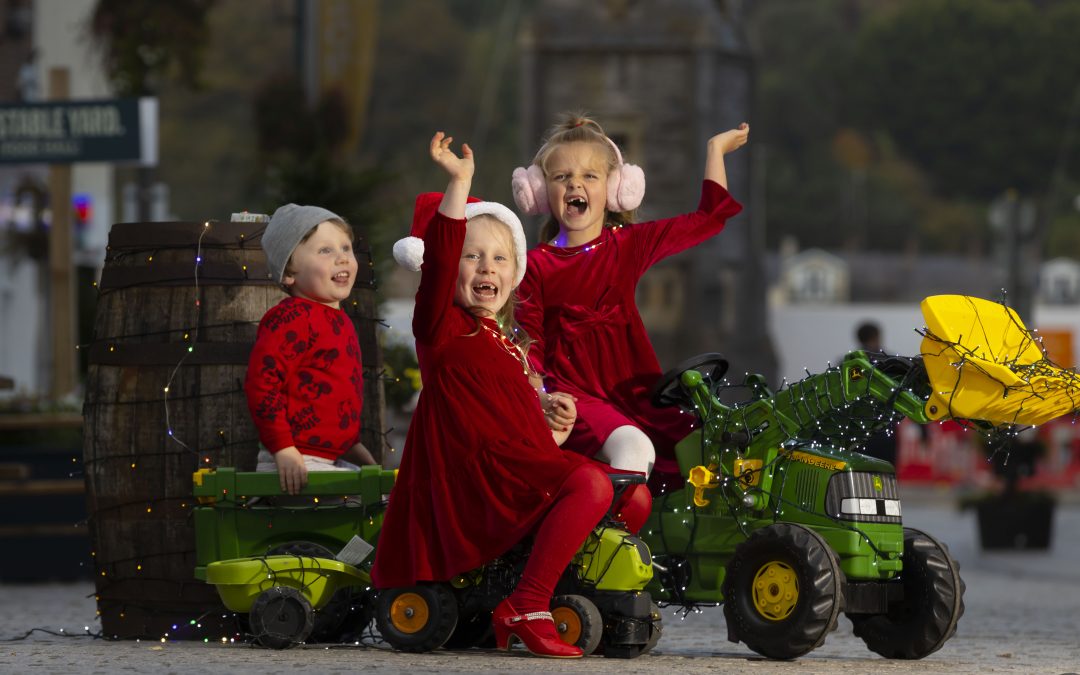 Waterford will host the 10th annual Winterval Festival from November 18th to December 23rd 2022
and in addition details of the country’s first Christmas parade have been unveiled alongside the
festival’s biggest programme of events yet.
The festival will commence at 5 pm on November 18th with the arrival of Santa Claus as part of
Ireland’s first Christmas parade. The parade will traverse through the city centre coming to a stop at
the main stage on Michael Street where the lights will be switched on, marking the beginning of the
festivities in Waterford City.
The organisers of the 10th annual festival have planned a ‘10th Birthday’ celebration for each
weekend of the festival with unique highlights set to include a Jingle Bells Christmas Cycle, a
Christmas Tractor Parade, A Blue Light Parade with all of the emergency services, SuirCon Comic
Conference and BuskAid with proceeds going to Tintean Housing Association.
There is also a ton of free events on the programme, these include a gigantic and magical talking
postbox where boys and girls can post their Christmas letters but also be entertained by an elf post
collection show each weekend, a hall of magic mirrors and a host of free children’s workshops, a free
shadow puppet show plus the magic lights of the New Street Garden trail filled with wonderous
displays for families to explore. The Winterval light show will be projected onto a magical purpose-
built castle placed as the entry point to the magical kingdom that is Winterval, this will be on offer
every half hour and includes special effects which are a sight to behold.
The Winterval firm favourites will also be on offer across the city from the ice rink on the city’s
Quayside to the vintage Ferris wheel at Arundel Square, a vintage carousel, the Waterford Eye is also
back as is a reimagined Winterval Mini Express train and in addition, there are some brand new
elements including a virtual ride in Santa’s sleigh plus a Wizard and Dragon interactive exhibition
which offers the thrill of seeing fictitious characters brought to life through simulations, gigantic
animatronics and visuals.
Santa will be taking centre stage at the festival in the heart of the city on Broad Street. He will be
ensconced in Santa’s Central Station where a band of merry elves will lead little ones to the door of
Santa&#39;s magical cabin and families can meander through Santa&#39;s city centre installation, taking
pictures with photo scenes along the way.
There will be live music on stage each weekend in Waterford’s cultural quarter featuring a mix of
community and professional acts serving as the perfect backdrop to the festival market.
The Winterval Christmas market will be set out in a series of attractive wooden chalets through the
spine of Ireland’s oldest city into the cultural quarter – spanning the Viking city from George’s Street
to Hanover Street and onto Gladstone Street and all in the midst of the Winterval family fun
attractions. The market will connect with Waterford Crafts at Garter Lane Gallery, all-encompassing
a variety of over 100 food, drinks crafts and gift producers and creators.
Waterford’s heritage takes prime position with Déise Medieval will host a traditional Viking
Settlement where festivalgoers can hark back in time and enjoy the real-life smells, foods and

experiences of Viking life during the festival season back when Waterford was first established as
Ireland’s oldest City.
Brand new and novel elements include an opportunity for visitors to book a date for their doggie
with Santa Paws plus the Gerbola Circus will be hosting a festive circus show each weekend.
A Winterval by night programme will be on offer at The Reg alongside their World Cup fan zone,
plus Christmas concerts at the Cathedral and music at Waterford Crystal.
Speaking at the programme launch, co-directors Trevor Darmody and John Grubb say, “Winterval is
part continental Christmas Market and part Lapland and this year we are very excited to unveil the
largest celebration of the festival yet for the 10th birthday of Winterval. Winterval is the largest
celebration of the festive season in Ireland and this year there is a trail through Ireland’s oldest city
offering over 50 different events and activities with 14 of those events on offer free of charge.
This is a festival, which is on a comparable basis to the best continental festivals and it had been
reduced over the last couple of years due to the pandemic; however, Winterval 2022 is filled with
festive cheer and it is set to be the biggest festival yet.”
The Winterval festival is supported by Waterford City and County Council, Bausch + Lomb for
Winterval Illuminates, Southern Regional Assembly, sponsors of Reflection – Magic Mirrors at the
Apple Market Zinnia (formerly SE2), sponsors of Santa&#39;s VR Sleigh Ride, Guinness, House of
Waterford Crystal, SmartPly , Expressway, official transport partners of Winterval, City Square
Waterford, sponsors of Santa&#39;s Express Train, Waterford Credit Union, sponsors of The Garden
Glows at the Bishop&#39;s Palace, 7up and Port of Waterford.
The full Winterval Festival programme is available to view and book online at www.winterval.ie 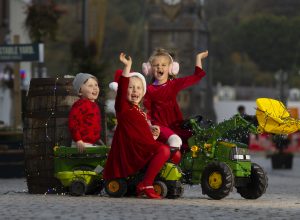