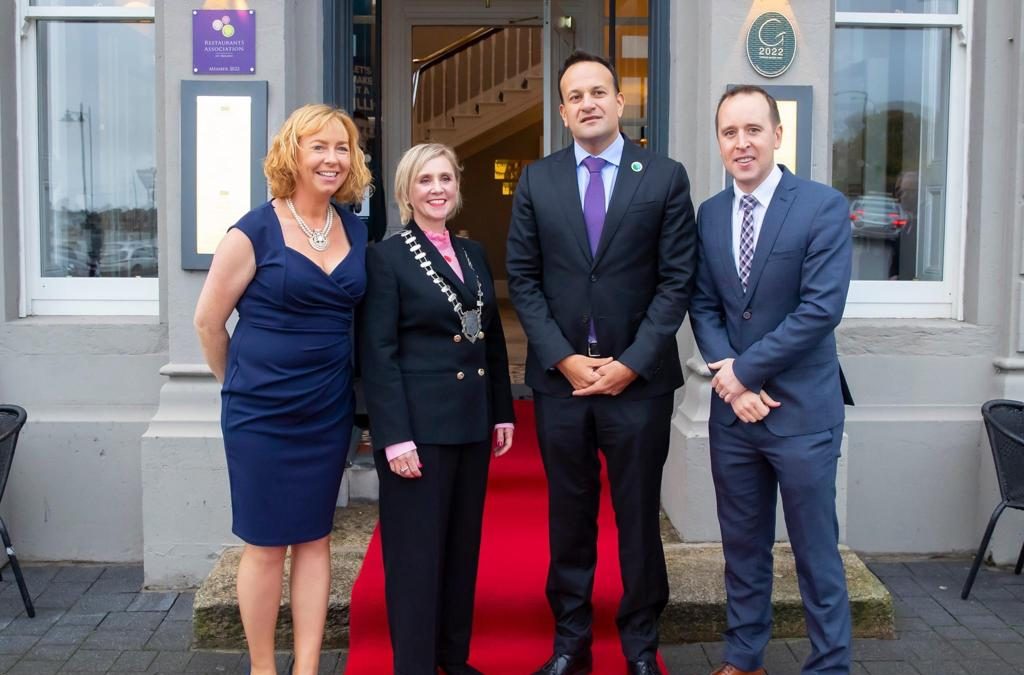 Waterford Fine Gael Senator John Cummins welcomed his party leader, An Tánaiste and Minister for
Enterprise, Trade and Employment Leo Varadkar TD to Waterford on Friday last 21st October for a
day-long visit across the county.
The packed schedule included meetings with the Waterford City and Dungarvan/West Waterford
Chamber of Commerce, a visit to an affordable Housing development at Kilbarry, a community
engagement in Dunhill Eco Park, the opening of the refurbished Causeway Tennis Club in Dungarvan
and an engagements with Fine Gael councillors and members.
Senator Cummins said: “There is no substitute for having the party leader on the ground within the
constituency. Visits like this are invaluable as it allows us to engage with hundreds of people on the
issues that are most important to them, be they individual, community or business related. It also
makes it easier for me to make a stronger case for certain resourcing and investment when it is
being raised by individuals and groups on the ground. Overall, it was an excellent day and I want to
thank all the various organisations who worked with us to ensure the visit was a success”.
The visit by the Fine Gael party leader now means that every Fine Gael Minister, both Senior and
Junior has visited the Waterford constituency at least once in the past two years, with more visits
and funding for projects assured. Speaking to members at a packed event in Crews, Minister
Varadkar said: “Waterford is an important county for Fine Gael and it is a constituency where we
want to make a gain at the next election. We have in John Cummins a really good Senator, someone
who is making a big difference and understands the issues, specifically in relation to the south-east
of our country and on housing as our party spokesperson in the Seanad.
The Tánaiste was due to perform an official opening of Senator Cummins constituency office at 9
Saint Mary’s Street, Dungarvan which opened in recent months, but this did not proceed out of a
mark of respect to the reposing of the late Anthony Rochford which was taking place at Drohan’s
Funeral Home. The office is however open every day 9:30am-1pm and by appointment for anyone
who needs assistance with any issue or query.
Referring to the constituency office, Tánaiste Leo Varadkar said: “In opening this office in Dungarvan,
to complement John’s existing office in the City, we are making a statement of intent that the party
is committed to serving the people of Mid and West Waterford and winning a seat at the next
election.”
Senator Cummins concluded by saying: “Given that the Tánaiste had spent Wednesday and Thursday
in London and Brussels, he was very generous with his time on Friday, leaving for Dublin at 10pm. It
was certainly a very busy day but one which was really worthwhile. The level of engagement
throughout the day was excellent and the Tánaiste was very complimentary of all the groups he met
along the way. I look forward to welcoming Minister Heather Humphrey’s to Waterford in a few
weeks’ time to open a number of projects which she has funded throughout the constituency”. 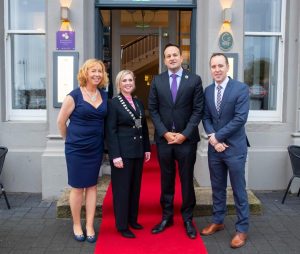 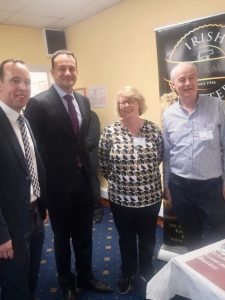 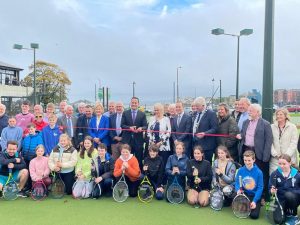