Coveney due in Waterford next Monday as NPF submission deadline approaches
The O’Connell Street-based Southern Assembly is currently preparing a comprehensive submission for the ‘Ireland 2040’ National Planning Framework (NPF), the details of which will be made known locally in due course.
But more than a few hints about the Assembly’s approach to the development of a long-term development framework for the county, region and wider area between now and 2040 may well be disclosed come Monday next, February 27th.
At the time of writing, Housing, Planning, Community and Local Government Minister Simon Coveney is due to attend an ‘Ireland 2040’ forum to be held at Garter Lane Arts Centre next Monday morning. 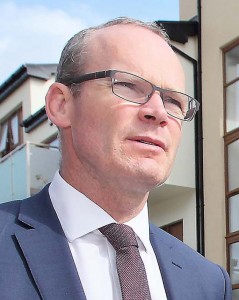 This forms part of the Government’s national consultation period with stakeholders, which Taoiseach Enda Kenny said has been devised “so that we can avoid the planning mistakes of the past. Every community and every region needs to have its say”.
Speaking to The Munster Express, Assembly Director Stephen Blair said that Assembly members, including Waterford Councillors Damien Geoghegan (FG) and Jason Murphy (FF) are scheduled to discuss the submission at length when next they meet on Friday, March 10th.
Following the meeting, a workshop is due to be held at Assembly House during which members will discuss the draft submission, prior to the submission deadline which falls on Thursday, March 16th.
“We’re in the middle of preparing our submission at present,” said Mr Blair, “which, once finalised, will represent a comprehensive document given the significance of this far-reaching strategy.
“Our next assembly meeting and subsequent workshop come at an opportune time given the pending submission deadline. Added to that, we’re also looking forward to having Minister Coveney here in Waterford on Monday morning next to further discuss the plan.”
According to Minister Coveney, this process intends to “address sprawl and lop-sided development, better utilisation of the potential of both urban and rural areas and avoid congestion and adverse impacts on people’s lives and the environment”. 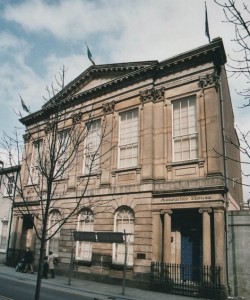 The Assembly’s role in helping to drive this process is not to be underestimated given the role it is empowered to play in the development of regional spatial and economic strategies, and in linking local economic development with regional and national planning strategies.
Even more significantly, the Assembly manages European structural and investment fund programmes, including the European Regional Development Fund (ERDF), which is a major financier in the redevelopment of Waterford’s Apple Market and adjoining ‘retail spine’.
Business group IBEC, which has produced a timely and informative report titled ‘Local Economic Indicators: Doing Business Locally’, has called for formulating the NPF “without delay”. The report reads: “The framework must be the key strategy in the allocation of future capital funding at both local and national level. It would better guide regional population growth and address growing imbalances between the greater Dublin region and elsewhere.”
IBEC also re-iterated its call for the development of an ‘Atlantic Cities’ strategy, stating the need to “unlock the full economic potential” of cities such as Waterford.
“Better functioning, sustainable and more vibrant cities will ensure economic growth, employment and continued social advancement not only in urban areas but right across the region in which they’re located.”
Speaking to this newspaper following the launch of the NPF’s public consultation phase at Maynooth, Waterford City & County Council Chief Executive Michael Walsh said the NPF represented “a good blueprint, but it will have to be adequately resourced to ensure that we can develop a substantial economic counterbalance to the overheating greater Dublin region”.
He added: “”Not only do we a strong Dublin performing well as the economic engine of the national economy, but the reality is that we also need planned, strategic and co-ordinated approaches which ensure that cities like Waterford grow in a manner as envisaged at the launch.”