Community Development Project has lost €200,000 in funding since 2010
Dermot Keyes 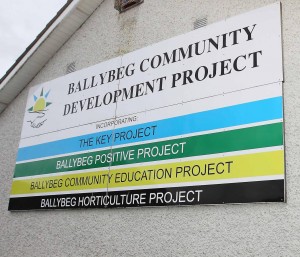 The CDP is home to a host of community programmes.

One of Waterford city’s longest standing and most significant community support initiatives is fighting to keep its doors open after six years of funding cuts which have wiped almost €200,000 off its balance sheet.
The Ballybeg Community Development Project (CDP), whose funding cuts were highlighted to six of our general election candidates during the WLRfm debate at Garter Lane, needs help, and it needs it urgently.
Speaking to The Munster Express on Wednesday last, four of the centre’s stalwarts, who have jumped through hoops – and then some – to champion the CDP and ensure its viability – detailed their genuine concerns for the project’s future.
Since last October, Ballybeg CDP has operated without a full-time manager following the departure of Liz Riches, along with Sarah Jane Duggan, a part-time development worker, due to “changes in job descriptions” under the terms of SICAP (Social Inclusion and Community Activation Programme) funding.
“In fairness to Waterford Area Partnership, they left a manager and part-time development worker here for five years but when their funding stream changed, which meant they had to cover a bigger area, and they hadn’t really much choice, and that left us losing out,” said Treasurer and Administrator Liz Rockett. 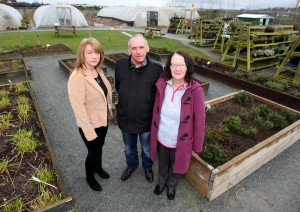 “And it’s now got to the stage that, to keep the building open, we need new funding – and a new manager.
“It’s now very hard to run the building the way our finances are…we actually had two development workers in addition to Liz and now we’re trying to get by without them due to the cut in our core funding; we’d had private funding, and that was pulled as well, so you’re talking about more than €175,000 of a cut.”
Said Sean O’Driscoll, who runs the CDP’s highly successful Horticulture programme: “Since I came here six years ago, there’s six workers gone out of here, and there’s none of them after being replaced since.”
Taking that into account, including the losses of a training co-ordinator and a part-time administrator, the accumulation of cuts totals at least €200,000 approximately, including five successive years in which education funding was cut by six per cent annually. “We barely have enough (funds) for an education worker, and only for they do fundraising and rely on volunteers, that just wouldn’t stay going either…
“Things are bleak. We’ve no funding at all at the moment for administration, and that’s a big problem for us; we have to keep things right.”
According to Leona Basquill, who runs Ballybeg CDP’s Key Project (working with the unemployed): “Right now, and since last October, we’ve had nobody to manage the building, and look after its maintenance, and that’s something which people may not necessarily see when they come into us. And while we do rent rooms, with the various businesses based here sharing the rent, because funding has been cut so much, there isn’t the funding to pay rent for the facility.”
Ms Basquill added: “The Community Employment Programme doesn’t pay rent anymore, but they do make a contribution towards utilities, so when it comes to big contingencies such as a new fire alarm, which cost about €7,000 and all the windows in the building – they’ve needed replacing for quite some time (and may not be for quite some time), along with additional insulation – and new heads on the lights outside – nobody would pay towards that, so it all adds up.” 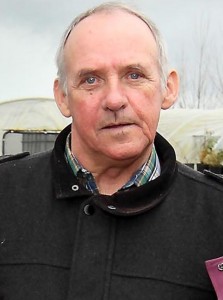 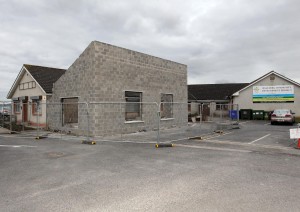 The new Youth Café at the Ballybeg CDP, currently under construction, the funding of which took several years to raise. “But right now we don’t have the money to dress it,” said Liz Rockett.

In the wake of this interview, this newspaper contacted three of Ireland South’s MEPS – Sinn Féin’s Liadh Ní Riada and Fine Gael’s Sean Kelly and Deirdre Clune – to see if there were any European funding streams which Ballybeg CDP could avail of.
Inside 24 hours, Ms Ní Riada had replied, pledging to “research what funds were available” for Ballybeg CDP to potentially apply for.
“Unfortunately there is nothing straight forward when it comes to accessing EU funds and many of them fall either within the Structural Funds or through Competitive Funding,” she stated in an email.
“I am a co-ordinator on the Budgets Committee and I initiated legislation regarding a particular fund called the EFSI, better known as the Juncker Plan. The legislation I was responsible for was to ensure that Social Enterprise and co-operatives could avail of these funds from the European Investment Bank – this is a fund which provides loans mainly for high risk private investors but as I said it is also open for co-operatives to avail of it.”
Ms Ní Riada continued: “Having worked on the ground as a community activist on many projects, I know only too well how hard it is to get funding and to keep projects vital to local communities going.”
Leona Basquill said that while the CDP’s voice on the funding cuts has remained consistently vocal, “we’ve just got on with our work,” to which Sean O’Driscoll added: “if anything, all of us are doing more work now with a great less because we’ve great feeling for the place and great pride in what we do”.
Liz Rockett said that €20,000 a year is needed just to keep the building itself alone open for business, “but we need more than that. We want to develop what we have here, and not just find ourselves constantly struggling to keep everything going. We’ve a Youth Café being built at the front at the moment; it took several years to get the funding together for it, but right now we don’t have the money to decorate it and dress it.”
Willie Moore added: “We know what will happen to a lot of those using our services if we can’t keep this place open. None of us want to admit it, but we know. And that should be a good enough reason for anyone responsible for budgets to see the value of what we’re doing here, and how important it is to keep our doors open.”
Knowing Willie, as so many of us in the city do, one knows he shall not stay silent on this matter, nor will Liz, Leona and Sean, whose passion and enthusiasm for the Ballybeg Community Development Project clearly merits both support and promotion.
“We’ve fought tooth and nail for this place,” said Willie. “Anything that we’ve done here we’ve done for the good of this community. And we’ll keep on fighting.”