Bravery awards for crew of Rescue 117 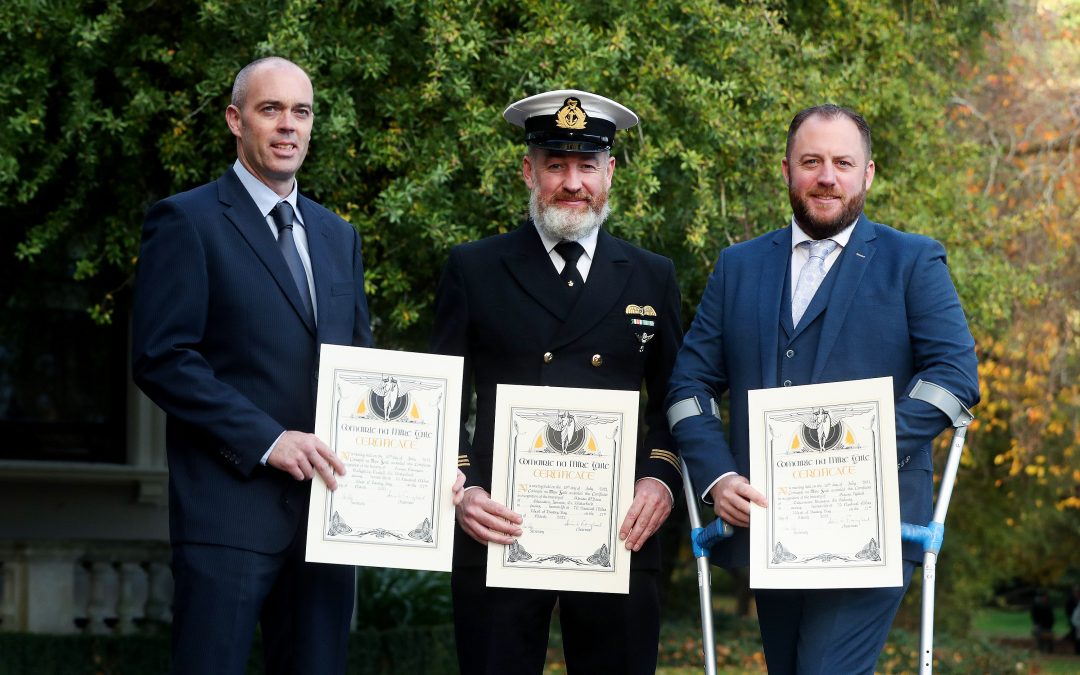 The Ceann Comhairle, Seán Ó Fearghaíl TD, has presented National Bravery Awards to 25 people, including to the crew of Waterford-based Rescue 117.

There were awards too for people across Counties Cavan, Cork, Donegal, Dublin, Galway, Kildare, Kilkenny, Offaly, Sligo, Tipperary and from the United States of America.

The Bravery awards were set up in 1947 to recognise those who risked their lives to save others and are administered by Comhairle na Míre Gaile – the Deeds of Bravery Council – which is chaired by the Ceann Comhairle.

Sarah Courtney, Ronan Flanagan, Adrian O’Hara, (all Waterford) and Aaron Hyland (Galway) received a citation for an incident that occurred in March 2021. The Citation read:

“70 nautical miles west of Bantry Bay with high winds and a very heavy swell, a fishing vessel under tow by the Irish Naval Service vessel LE George Bernard Shaw lost power and was in grave danger of sinking.

In fading light and worsening conditions Rescue 117 successfully evacuated the crew of seven from the vessel in force 9 gales and 10-12 meters seas. Without doubt the lives of the 7 crew on board the fishing vessel were saved due to the collective bravery and physical efforts of crew of Waterford-based Irish Coast Guard helicopter Rescue 117.”

The citation continued by singling out winchman, Ms Courtney for special credit. “On this occasion her individual bravery and physical effort in such arduous conditions showed her to be an individual of immense capability and significant courage.” 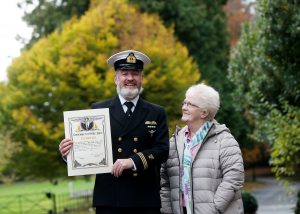 Adrian O’Hara, Lismore, Co. Waterford who received a Certificate of Bravery, with his mother Phil O’Hara.