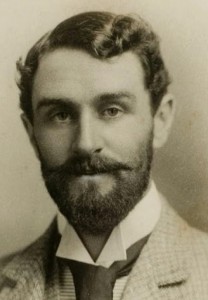 The great grand nephew of executed Irish patriot Roger Casement (1864-1916) visited Waterford from Australia last week, during which he exclusively spoke to The Munster Express.
Chris Farrington, a business associate and friend of Waterford Castle proprietor Seamys Walsh, attended the State Commemoration held at Banna Strand in Kerry where, 100 years ago, Casement arrived via a German U-Boat as part of a plan to land guns and ammunition intended for use in the Easter Rising.
Casement’s closest living relative, Mr Farrington was joined by wife Kerry (who also has strong Irish roots) during his visit and they hope to bring their daughters Emma and Chloe to Ireland in the future.
In the first interview in which he spoke about his Casement connection, Mr Farrington said he had read much about his ancestor’s story, but didn’t wish to address the current political situation on the island, on either side of the border, given his lack of general proximity from Ireland.
Even on the subject of Australian politics, Mr Farrington said he was “apolitical” when asked about his native land declaring a republic or remaining within the Commonwealth, with the British Monarch as Head of State.
A brother of Roger Casement’s, Charles, moved to Australia in the 1880s, and it’s believed he farmed in the State of Victoria, as did another brother, Thomas, along with Agnes (1856-1927), a sister of theirs.
Of his siblings, only Charles had children – three daughters, and only one of these in turn would become a parent – Blanche Constance – Mr Farrington’s grandmother, who had five children. 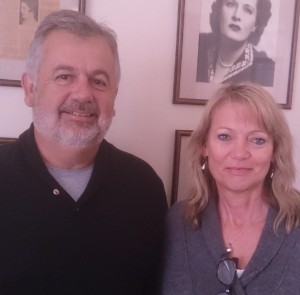 Chris Farrington, great grand nephew of Roger Casement, pictured with his wife Kerry during their stay in Waterford last week.

The most famous Casement of all, who had been knighted just five years prior to 1916, had secured a shipment of 20,000 guns, 10 machine guns and several million rounds of ammunition after negotiating with the Germans.
The consignment were shipped aboard the Aud, which was intercepted off the Kerry coast by HMS Bluebell, which led to the Aud’s scuttling by her skipper Karl Spindler in Cork Harbour, while she was being escorted to Queenstown (Cobh).
Of his ancestor, Mr Farrington said he admired Casement’s humanitarian work as British Consul for Mozambique (1895-98), Angola (1898-1900) Congo (1901-04) and Brazil (1906-11). He won fame by highlighting the exploitation of labour in the Congo by King Leopold of Belgium, as well as the Putamayo Indians in Peru, which led to his knighthood.
“I admired his sense of adventure,” said his descendant, “and he achieved a great deal during his life”.
Buried in Glasnevin following his execution for treason at Pentonville Prison on August 3rd, 1916, the Sandycove-born Casement had spoken of his desire to be buried in Murlough Bay in Antrim, near the Giant’s Causeway, which he had visited as a child. A memorial erected there was blown up during the Troubles – a small memorial was later installed there.
Mr Farrington, who had visited Banna Strand previously, was intrigued to see the ‘Sir Roger’ Caravan and Camping park which is located 400 metres from the memorial on the North Kerry beach.
His grandmother attended Roger Casement’s State Funeral in 1965, when his remains were brought from the UK to Glasnevin; which Chris visited while in Ireland last year.
A financial consultant based in Melbourne, both Mr and Mrs Farrington are researching the Casement story, which is likely to lead them here again, and possibly to Germany.
A great admirer of the Irish, Chris also enjoys their work ethic, collegiality and their sense of humour.
“I’m happy to see the Irish economy recovering,” he said. “Waterford Castle has a great future ahead of it and tremendous potential. It’s a wonderful place to visit and an ideal location to rewind. I have no doubt that it will become a landmark destination – and you’d have to admire Seamus’s vision for the property.”
Mr and Mrs Farrington also visited Tramore prior to their trip to Banna, for what was the first 1916 commemoration to chronologically coincide with the events of a century ago. And it was a pleasure to meet him in Waterford last week.