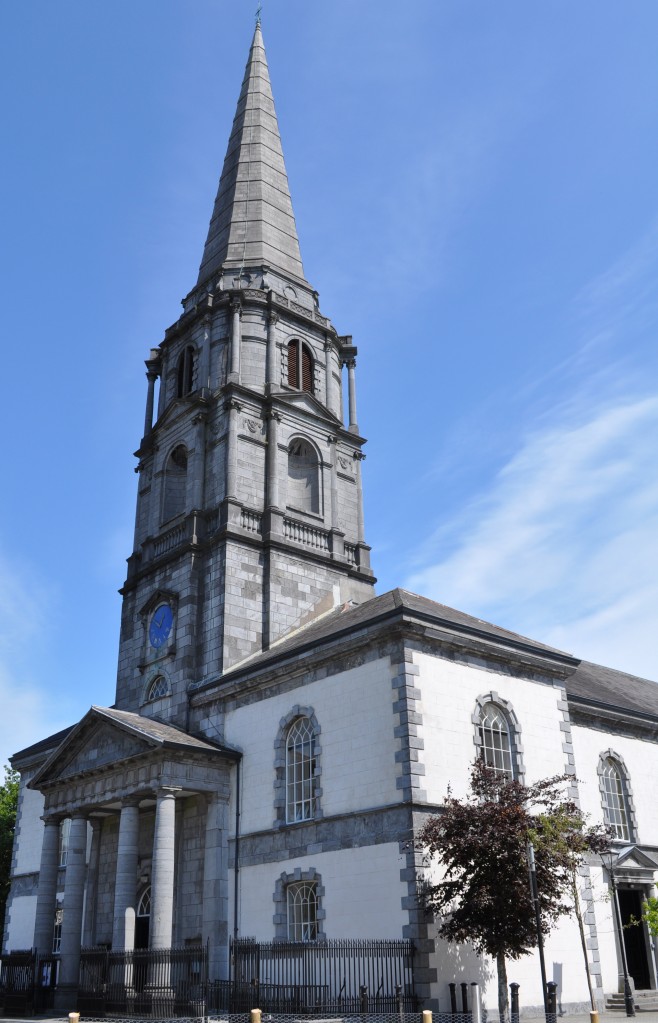 For whom the bells toll: Christchurch's bells shall sound out in the New Year, after an 18-month silence.

The bells of Christchurch Cathedral will sound once more come next January, after an 18-month silence from one of the most elevated structures in Waterford city centre.
Speaking to The Munster Express, the Dean of Christchurch Maria Jansson spoke of her delight that the Cathedral shall resume its contribution to the soundtrack of Waterford in the wake of such a prolonged absence.
“About a year and a half ago, a beam in the tower shook free and fell and wrecked a lot of the holding around the bells,” she explained.
“So the wheels holding the bells had to be reconstructed in their entirety, which is why we’ve not had the bells ringing for all this time, and they have been missed…I’ve had many people from around Waterford coming into me over the last 18 months wondering why the bells, which are centuries old, haven’t been ringing. Thankfully, they will soon be back in operation and naturally we’re are very pleased about that.”
The extent of the damage meant “you simply couldn’t have had any bell ringers up there…so we had to take out the wheel system that carry the bells and the whole area around it also had to replaced, so as to make it secure and safe for workers up there. We also had a gantry put in right around just in case anything was to happen up there in the future, God forbid, so that we would have access to the upper tower.
“We’ve been really helped by Frank Fox (Construction Engineer) who has been superb throughout this whole process. And while workers are up there, we’re also getting rid of all the vegetation and we’re sealing a leak up there too”.
Dean Jansson added wryly: “Building a tower is actually a very bad idea (!), but it’s a beautiful structure and a long-standing part of Waterford life, so when everything is back where it ought to be, we’ll announce it and invite everyone in for a cup of tea to mark what will be a happy occasion, one that we’re really looking forward to.”
Shortly after the completion of Winterval, Dean Jansson said that cranes will be installed on site “to hoist the bells back into position…it’s a peal of eight bells – it’s a very significant piece of equipment – and it will be wonderful to hear them ring again.”
Admitting that the cost of the project was “humungous”, Dean Jansson said that between insurance monies, added to what had been secured via recent fundraising, “we now have sorted it, thankfully”.
In addition, the clock face at the base of the Christchurch tower is to be taken out, re-faced and re-timed.
“The bells belong to the people of Waterford,” said Dean Jansson, “and I know it will be a source of great joy to so many to hear them ringing again”.