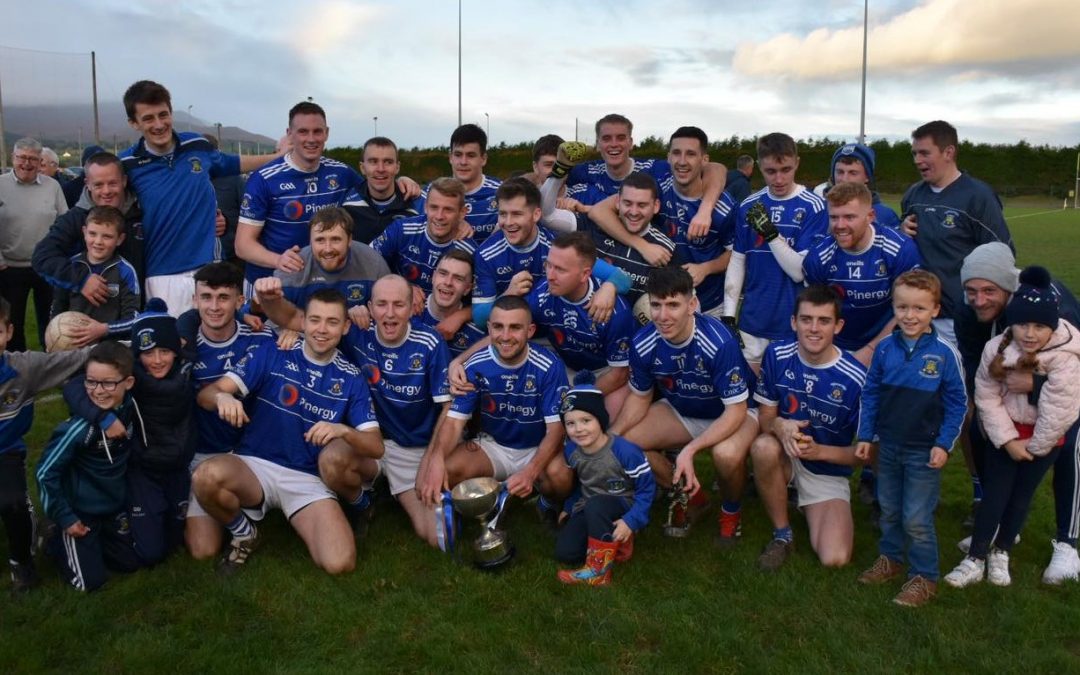 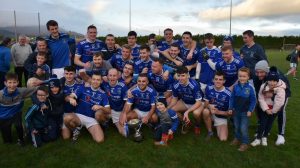 Mount Sion claimed their second county junior football title in four years with a storming second half performance to see them past the challenge of Western champions, Shamrocks.

The athleticism and fitness of the city side, who are more accustomed to the stick and ball game and the environs of senior hurling championship, was particularly evident over the second 30 minutes.

So too was the sparkling performance from the best player on show, Martin ‘Fish’ O’Neill who hit 0-10 and deservedly won the man of the match award.

Shamrocks were full of enthusiasm and running early on to the delight of their fervent supporters at the splendid Leamybrien venue. Tom O’Donovan, Ivan O’Neill and Jason Ahearne gobbled up possession for the Shamrocks rear-guard with Ed Lonergan and Captain Adam Crawford providing additional support to their attack at every opportunity.

John Paul Lucey and Tomas O’Neill were more than holding their own at centre-field in the opening quarter.

Ed Lonergan had the games’ opening point after just a minute with the lively Billy Hynes doubling the Shamrocks lead after five minutes with a well-taken free. Having been wayward with an early effort Austin Gleeson finally opened his sides account with a point from play in the 10th minute. However the gargantuan Tomas O’Neill hit a booming point from 40m to send the green and whites to the opening water-break leading 0-3 to 0-1.

On resumption though Mount Sion improved. Martin F. O’Neill converted three frees in succession to put ‘Sion into the lead for the first time after 25 minutes. Billy Hynes replied with a point from play to level the game but moments later inexplicably missed a free in front of the posts. Martin F. O’Neill and Hynes exchanges late points to leave the sides deadlocked 0-5 apiece at half-time.

A half-time reshuffle saw Mount Sion move Martin F. O’Neill to the edge of the square and within seconds of the restart O’Neill had Sion’ back in front. Ivan Sinnott and Billy Hynes exchanged points at either end but it was the Eastern champions who was now bossing the game.

The physicality of Austin Gleeson, Luke O’Brien and Donal Power in the middle third helped ‘Sion to dominate possession. Behind them the evergreen Ian O’Regan was like the conductor of a world famous orchestra dictating the pace and flow of the game, hitting all the right cues at just the right time. If O’Regan was the conductor then Martin F O’Neill was the soloist delivering the sweet music in front of goal. Martin ‘Fish’ O’Neill landed another couple of frees before his namesake Martin ‘Blondie’ O’Neill pointed from play, 0-10 to 0-6 after 42 minutes. Shamrocks by this stage had looked to the bench with a number of substitutes being introduced. Goalkeeper Bernie Kelleher bid brilliantly to get down low and deflect a goal-bound effort from Mount Sion Captain Stephen Roche. Martin F. O’Neill nailed the resulting 45 with his trusted left-foot and while Billy Hynes replied with a pointed free, Mount Sion were in a commanding position, 0-11 to 0-7 at second water-break.

Ivan Sinnott registered his second point of the day when play returned and just as the game looked to be drawing to a conclusion, Shamrocks were thrown a life-line. An innocuous cross-field ball towards the Mount Sion goal saw substitute Eoghan Linehan beat Mount Sion custodian Richie Roche to the punch; sending the ball crashing to the back of the net, 0-12 to 1-7 with 50 minutes on the clock.

Mount Sion responded superbly to challenge with two more Martin F. O’Neill points and a second of the day from Austin Gleeson to push the margin back out to the five points. Luke O’Brien attracted a second yellow and was dismissed before the end of normal time as Shamrocks to their credit battled to the final whistle looking for match winning goals. Billy Hynes did land two late points however it was another Austin Gleeson run which allowed substitute Ian Galgey goal for Mount Sion just before the final whistle.

Mount Sion will face the winners of Tipp/Limerick in the Munster club championship while Shamrocks will seek to recover from an agonising fourth successive defeat in the junior football final. 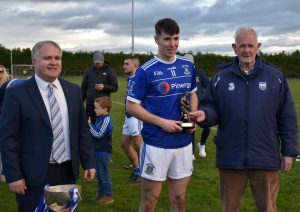