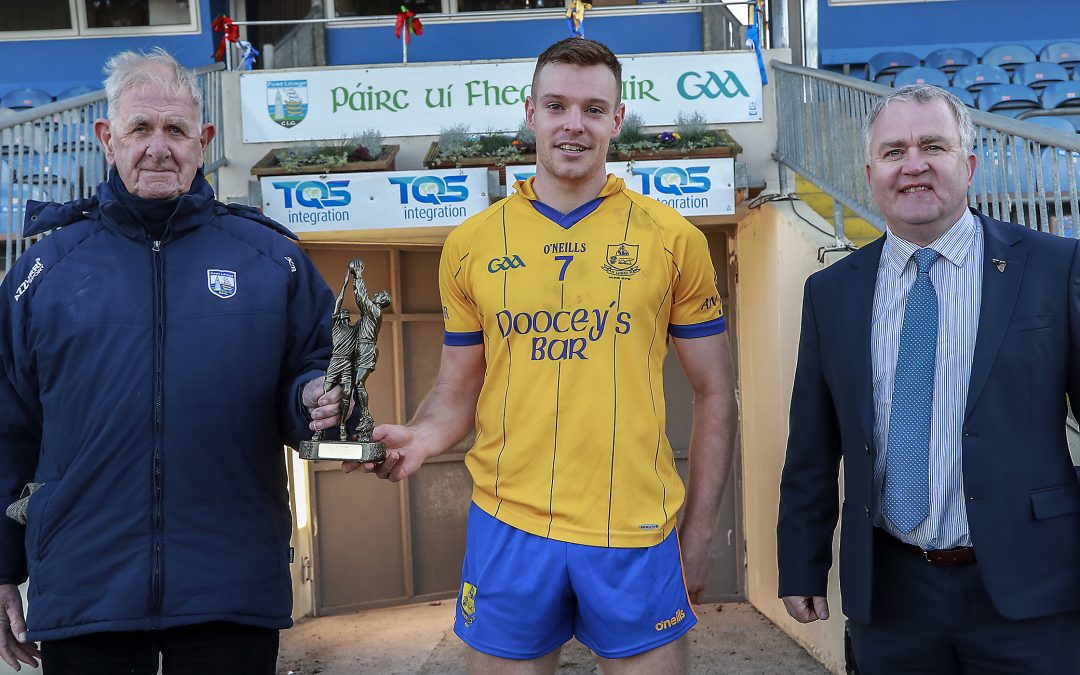 The Nire claimed their first Waterford senior football since 2018 when they just about held off a late rally from Rathgormack.

A goal after 32 minutes from Aaron Ryan ultimately proved the games’ crucial score but Rathgormack will surely look back on this as one that got away.

In a game where scores were at a premium Rathgormack inexplicably hit 11 wides over the 60 plus minutes and really should have taken the game at least to extra time.

But in the end The Nire with some resolute defending and what appeared at times to be tactical fouling held their nerve and secured the victory.

This was an absorbing and tense contest in front of 1,100 spectators at Fraher Field with little separating the sides throughout the game.

The Nire had a late change with Dave Meehan coming into the starting line-up in place of Tholom Guiry while Rathgormack had both Jason Gleeson and Billy Power in from the off with Cathal Crowch and Jack Hickey both unavailable.

Shane Ryan had the games’ opening score with a fine point on the turn after just two minutes. A mis-placed kick-out from Craig Guiry handed Jason Curry a simple opportunity graciously accepted to level the game on four minutes.

Packed defences and carefully orchestrated attacks was the order of the day with scores and indeed scoring opportunities in short supply. Shane O’Meara and Jason Curry exchanged pointed frees to leave the sides just 0-2 apiece at the Covid 19 instigated opening water-break.

Rathgormack looked the more menacing team in possession with William Hahessy keeping Conor Gleeson under wraps while Glen Power, Robbie Flynn and James Power all prominent during the opening period.

Another poor kick-out allowed Jason Gleeson the chance to hand-pass the ball over the bar and a further Jason Curry free on 18 minutes had Ger Power’s men leading by double scores 0-4 0-2.

Really this lead should have been greater with Jason Curry, Ronan Elliffe and Conor Murray all off-target when well placed to point. Jason Curry also had a good goal opportunity blocked by the covering defender Dave Meehan with The Nire surviving this scare to clear their lines.

While there is plenty of experience in The Nire side it was one of their younger stars leading the charge. U20 player Sean Walsh hit a fine point on 20 minutes after excellent and patient build-up play. Just before the break the outstanding Dermot Ryan converted a free to send the sides to the dressing rooms level at the break, 0-4 each.

Within seconds of resumption Conor Gleeson turned on a six-pence and bisected the posts from an acute angle to nudge Michael Ryan’s charges ahead. It was soon to get even better for the men from Ballymacarbry.

A slick move involving Jamie Barron, Shane Ryan and Conor Gleeson conspired to give young Aaron Ryan the opportunity to shoot to the net unopposed from close range, 1-5 to 0-4 32 minutes elapsed.

A shell-shocked Rathgormack replied with Jason Curry free but some poor shot selection and profligacy in front of goal allowed The Nire to stay at arms-length. Man of the match Dermot Ryan, this time with his less favoured right foot, pushed the lead back out to four points.

Prior to the second water-break Jason Curry and Dermot Ryan both converted frees at opposite ends with The Nire maintaining their advantage, 1-7 to 0-6 at the end of the third quarter.

Rathgormack, in their third successive final, dominated the final 15 or so minutes with The Nire failing to score again. Martin Scurry who had a fine game throughout landed an important point from play after 46 minutes to narrow the margin to just a green flag.

The Nire never allowed their opponents a run at goal but did pick up three yellow cards and a black card in the final quarter, Jamie Barron being sent to the sin-bin after 55 minutes for a deliberate pull-down.

The Nire celebrate after their success in the county senior football final.

Stephen Curry, Conor Murray and Jason Gleeson all spurned good scoring opportunities before Conor Murray assumed responsibility again to point on 56 minutes. Referee Paddy Smith indicated three minutes in injury time to be played and one minute in Jason Curry converted a free after Martin Scurry had been fouled in front of goal to reduce the margin to the minimum.

Tom O’Gorman and Tom Barron both made crucial late interceptions to preserve The Nire’s slender lead but in the end the clock just ran out on the Rathgormack challenge.

*Prior to the throw-in a minutes silence was observed in memory of the late Pat Hunt. Pat, who died suddenly was chairperson of the Clonea GAA Club as well as Waterford GAA Children’s Officier. Ar dheis dé go raibh a anam. 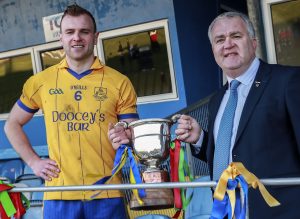 The Rathgormack team that lost to The Nire in the county senior football final.