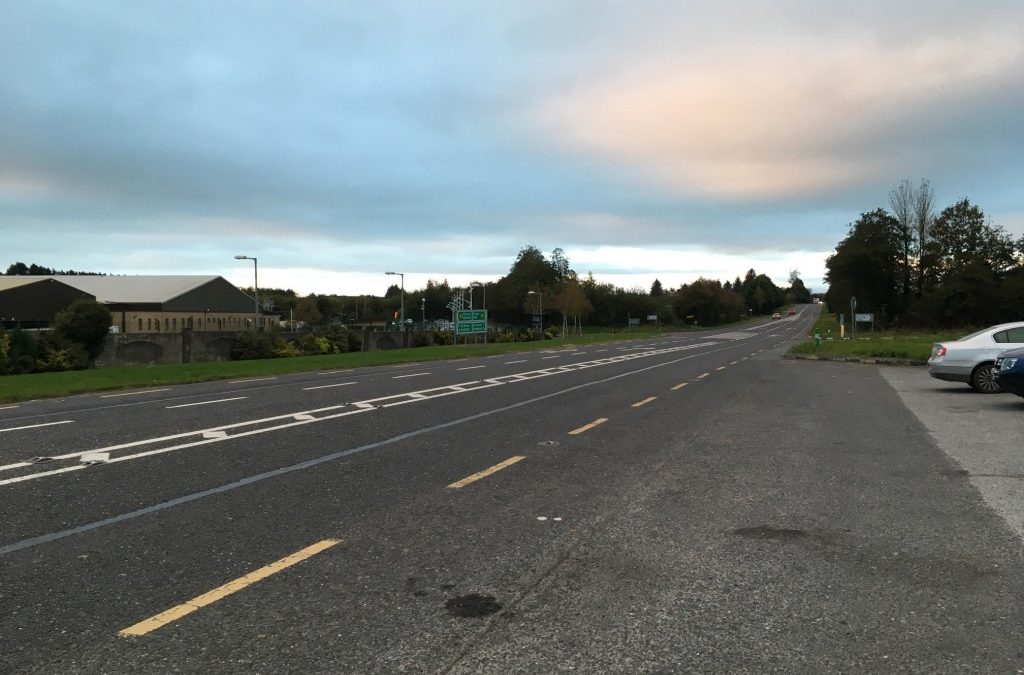 Extensive delays at Carroll’s Cross on the N25 are “unfortunate” but “necessary”, a meeting of the Comeragh District of Waterford Council has heard.

There have been ongoing delays on the route as work on the new traffic calming scheme continues.

Raising the issue at the April Comeragh District meeting, Cllr Declan Clune (Ind) said the project is being completed “for the right reason – to prevent any further injury or worse to users of the N25”.

“People have to look at the bigger picture,” he said. “It has been well advertised, it’s on national radio every day, it’s on social media, there are signs giving advance warnings.”

Cllr Clune asked people to “show patience for a few weeks” and described the lengthy delays which motorists have experienced as “unfortunate” but “necessary”.

“It is an inconvenience, but it will be worth it in the long run,” he said.

Cllr Ger Barron (Lab) said all Councillors are being contacted about the delays.

“People are inconvenienced to a degree,” he said. “Do we have any emergency vehicle strategy? if there was a major emergency, could vehicles get through?”

Addressing the wider issue of the need to upgrade the N25, Cllr Barron said “we should be more ambitious”.

“We really need a motorway or dual carriageway between Waterford and Cork,” he said. “Have we as a Council applied to the NTA for funding or have we a plan in place for that?”

Cllr Liam Brazil (FG) said he had also been contacted by many people regarding delays at Carroll’s Cross.

“But this is a good news story for users of the N25,” he said.  “We have been working on it for a long time and it will make it a safer place for road users. People have to be patient. It will be a fantastic job.”

Senior Engineer (Roads) Gabriel Hynes acknowledged that there are delays.

“It’s a complex area to manage from a traffic management point of view,” he said, referencing the number of junctions.

He said there are currently delays in the region of seven minutes at non-peak times, which can increase to 20 minutes at peak times.

“We’re liaising with the contractor and there’s very little else we can do,” he said. “We’re satisfied the contractor is doing the best they can to minimise disruption and we apologise for inconvenience to motorists.”

Mr Hynes said the Council would keep the issue under review and added that motorists should allow an additional 20 minutes for journeys.

“We’re doing the best we can but there’s only so much we can do given the volume of traffic and the complex nature of the junctions that the contractor has to deal with,” he said.

He added that he is hopeful the works will be completed by June.

Cllr Seanie Power (FG) raised some concerns regarding visibility at the new layout. However, Mr Hynes assured him that the new layout is designed in accordance with national standards.

Addressing calls for a motorway or dual carriageway, Mr Hynes said: “When we did a review of Carroll’s Cross and submitted our report to TII, our long-term recommendation was that the feasibility of upgrading the N25 from the Carrick Road roundabout at Kilmeaden to Midleton should be put on a priority list. There are a significant number of right turning manoeuvres from Kilmeaden to Killeagh. Whenever there’s a right turn movement, it’s a high-risk movement. If there’s any driver error, there could be a serious road collision.”

Mr Hynes said such a project is not currently part of any programme but “needs to be moved on politically not just for road safety but from an economic development point of view.”

“It would be of enormous benefit to Waterford if we had a dual carriageway linking Waterford to Cork,” he said. “It would allow the South-East to develop economically. It’s very important for the region that it’s put on a national programme for delivery in the future.”

Cllr Barron said he agreed with Mr Hynes’ assessment and called on his Council colleagues who are members of government parties to exert pressure on TDs.

Referring to queries over emergency services, Mr Hynes stated “blue lights will always get priority” and he explained that steps are being taken to ensure such vehicles can pass “in as timely a manner as possible”.

Meanwhile, an incident that occurred around 4pm on Easter Sunday on the N25 near Kilmeaden was also discussed at the recent Comeragh District meeting. Five people were hospitalised following a two-vehicle collision near Frank Murphy Hurleys.

“Do we need to look closer at this section?” he asked. “There have been a lot of serious incidents over the years, there’s clearly a problem there.”

He also expressed concern that a MapAlerter notification in relation to the incident was sent at 8.29pm – four and a half hours after the incident occurred.

Cllr Clune added that the new diversion system which was put in place “worked a treat”.

Meanwhile, Cllr Brazil asked if a survey could be carried out to “avoid any more accidents happening”.

In response, Gabriel Hynes said he could not comment specifically about the incident in question.

“We are liaising with Gardaí and TII in relation to the accident history on that stretch of road,” he said.

Mr Hynes added that there are “different factors at play” and pointed out that resurfacing work is currently taking place in the area.