WATERFORD City & County Council will shortly have two jetpatcher machines in operation.
Jetpatcher machines have proven to be an effective way of remedying the scourge of potholes.
Speaking at the January plenary meeting of Waterford City & County Council, Cllr Jim Griffin (SF) sought information on the current programme of works for the local authority’s jetpatcher.
Cllr Griffin said he wanted to make a number of submissions as many roads were in a poor condition following recent bad weather.
In response, Director of Services Paul Daly said that the arrival of a new jetpatcher was “imminent”.
Mr Daly said he did not have an exact date but expected that the jetpatcher would arrive “very soon”.
“We will then have two permanent jetpatchers on the roads,” he said.
Mr Daly explained that a schedule was being developed for the use of the jetpatchers and suggested that councillors stay in contact with district engineers in order to inform them of any problems on roads.
Cllr Pat Fitzgerald (SF) said he was delighted to hear that a second jetpatcher was on its way and added that it was “badly needed”.
CALLS TO LIFT LOCAL AUTHORITY EMPLOYMENT EMBARGO
CALLS have been made to lift the embargo on the recruitment of local authority workers in order to deal with the aftermath of recent bad weather. 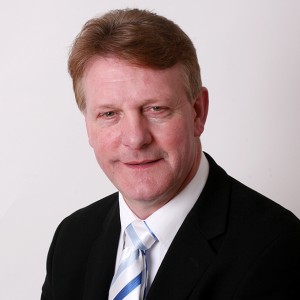 At the January plenary meeting of Waterford City & County Council, Cllr John O’Leary (FF) said repair works needed to be carried out across Waterford “immediately”.
“People want to see an immediate response and we need to see money now,” he said.
Cllr O’Leary added that he couldn’t see how all of the repair works could be carried out without the employment embargo being lifted.
Cllr John Pratt (Lab) agreed and said he was also in favour of lifting the embargo.
However, he reminded Cllr O’Leary that it was not the current government which had introduced the embargo in question.
CEO of Waterford City & County Council Michael Walsh said the council was currently in the process of remediating damage and would continue to do this.
“We won’t be employing any additional staff but we will put in additional resources,” he said.
Mr Walsh said the council needed to be “realistic” about its budgetary position.
“The current staff complement is adequate for maintenance in normal circumstances,” he said.
“Whenever we hit a wall such as in recent weeks we will put in additional resources.”