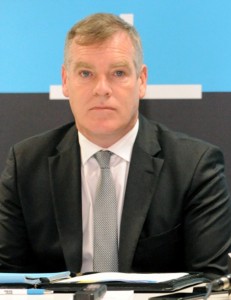 Ferrybank-born lawyer Rory Walsh from Ferrybank has played a major role in a massive legal case in Australia which has led to a settlement of 70 million Australian dollars (€50m approx) for a large group of refugees detained in Manus Island.
Rory was group leader on the case for the Melbourne-based law firm Slater Gordon in relation to detainees who were unlawfully imprisoned in Papua New Guinea, near Australia.
The Papua New Guinea Supreme Court ruled the detention of asylum seekers breached the country’s Constitution. The case took two years to prepare and is the largest claim for such a class action on behalf of refugees. The settlement made world wide TV, but has not yet been reported on in Ireland, to the best of our knowledge.
Rory, aged 45, went to Mount Sion and is a former Law student in WIT and did post graduate study in the UK midlands in Wolverhampton, but as openings were few and far between at the time in Ireland, he headed to Manly in Sydney, Australia, where he committed to further legal studies.
We met him there over 15 years ago – he later moved to Melbourne having got a promotion in the law firm, Maurice Blackburn. Rory is the son of former Workers Party Councillor Davy and Betty Walsh.
This is not Rory’s first big nationwide known case, he also won major compensation for a case involving a power company, where huge fires resulted from power lines killing people and destroying much property in a massive summer heat fuelled fire in New South Wales. This led to massive bush fires that killed over 100 people. There were large payments of survivors in this action, which again made nationwide TV and was also covered in The Munster Express.
At Manus Island, 1905 detainees filed a class action against the Australia Immigration Department, claiming they suffered physical and psychological injuries as result of the conditions in which there were held on Manus Island, from November 2012.
There were riots at the centre over conditions in 2014, one detained was killed and others injured. It is understood many of the detainees were male and from Afghanistan, Iraq and Pakistan, as well as from South East Asia.
In the press recently it was noted that one of the detainees Amir Taghinia, a Christian from Iran, will donate his compensation sum to charity, because of the support he got from Australians over four years. Others may also donate their settlement monies and follow his example.
The compensation assessments will cover time spent in detention, injuries, and conditions suffered according to medical records or any hospitalisation or transfers for medical treatment. Manus Island is to be closed in October.
It is understood that some of the detainees will be transferred from Manus Island and Nauru to the United States after a deal struck with former president Barack Obama last year.
Australia is due in turn to take some Central American refugees.
Last week marked the fourth anniversary of an announcement by then Australian Prime Minister, Kevin Rudd that asylum seekers, who arrived by boat would have no chance of being settled in Australia as a refugee. Amnesty International organised vigils over the issue throughout Australia.
Men on Manus Island reported to BuzzFeed news that earlier this month that conditions were getting worse every day, with food quality deteriorating. They could no longer exercise there and detainees remained unsure of resettlement process, said Graham Thom of Amnesty Australia, who is in charge of refugee co-ordination.
As for Taghinia, he said his ambition is now to become a human rights lawyer. So well done to Rory Walsh on winning the case, a result which was a great source of pride to his parents Davy and Betty.