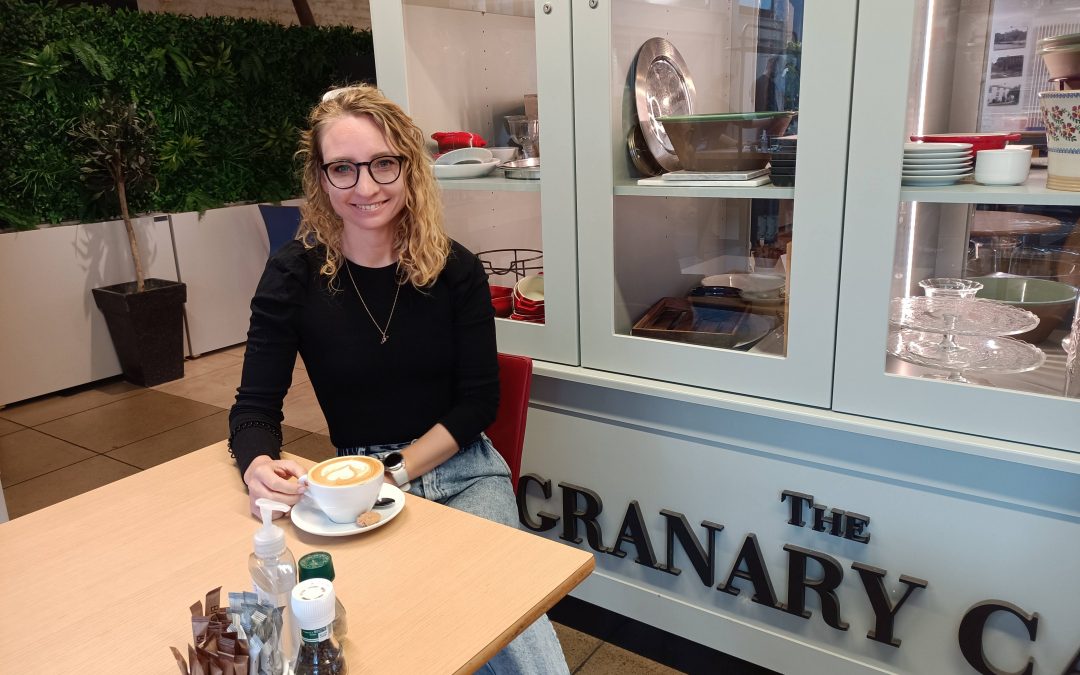 Polina Gribanova from Belarus has been visiting Waterford since she was aged nine, thanks to Chernobyl Aid Ireland and the Dunphy family in Dunhill. Now, she has made the Déise her permanent home

In January 2017, I reported on the story of Polina Gribanova from Belarus who has been visiting Waterford since the age of nine as part of Chernobyl Aid Ireland’s Rest & Recuperation programme.

The then 24-year-old Polina returned to Waterford to marry her partner, fellow Belarusian Alex Ismailov. The wedding ceremony took place at St. Patrick’s Gateway Centre with a reception afterwards at Dooley’s Hotel. 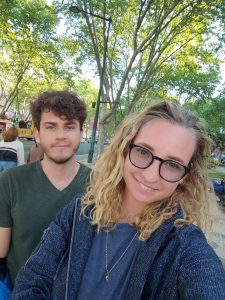 Alex and Polina Ismailov who have made Waterford their new home.

In that interview, Polina recounted her remarkable life story, her love of Waterford, and revealed her hopes of eventually living in Ireland.

“My dream is to make Ireland my permanent home but there is a lot of work involved, especially in obtaining a job permit,” she explained at the time. “Belarus is where I was born, but this is my home. This country is very close to my heart.”

Now, this dream has become a reality as Polina has secured a new job and is working remotely from Waterford.

Polina’s story is intertwined with the catastrophic nuclear accident which occurred at Chernobyl in April 1986.

A sudden power output surge took place at reactor number four and, when an emergency shutdown attempt was made, a more extreme spike in power output occurred which caused a reactor vessel rupture and a series of explosions.

This event exposed the graphite moderator components of the reactor to air, and they ignited. The resulting fire sent a plume of radioactive fallout into the atmosphere and over an extensive geographical area. As soon as the full extent of the catastrophe emerged, charities around the world were founded in order to deal with the long-lasting fall-out from the event.

A team of volunteers travel to Grozovo twice a year. All are ordinary people who give up their time freely to help create a better life for the children of Grozovo. Many of the people who travel over are regulars and include carpenters, plumbers, electricians etc.

Plans were disrupted by the Covid-19 pandemic, but a convoy did eventually get to depart last year.

Grozovo has now become a home for special needs children and has been radically transformed from the condition it was in when charity founder Liam Grant and his fellow volunteers made their first visits.

As well as transforming Grozovo Boarding School from a former military barracks into a decent place to live, Chernobyl Aid Ireland’s positive impact can clearly be seen through the success of the Rest & Recuperation programme which pairs Belarussian children with Irish families.

As part of this programme, Polina has been visiting Waterford since the age of nine. It will be 20 years in December since she first arrived in Ireland.

The Dunphy family in Dunhill – John and Michele, their two daughters Elaine and Jacqueline and son Michael – became Polina’s ‘Irish family’. Speaking in 2017, Elaine outlined the impact Polina had on the Dunphy family.

“She even uses the surname Dunphy so she’s really part of the family. She is the other sister,” said Elaine who praised the Rest & Recuperation programme.

“It gave Polina a family and really makes a difference,” she said “For some kids, this is their only chance of having a family. It changed Polina’s life. She was able to go to university and changed her mind-set on life – and it gave us an extra sister! The work of Chernobyl Aid Ireland is life changing.”

Children’s Co-ordinator with Chernobyl Aid Ireland Elena Gordeeva (known to all in Waterford as Alice) has followed Polina’s journey and also attended her wedding in 2017. At the time, she remarked: “It was a very beautiful day and it was very emotional. Polina considers the Dunphys her family and they have been so supportive of her. When Polina first came to Ireland, if somebody had told me that she would be coming back here to get married, I wouldn’t have believed it. It’s almost like a Cinderella story.”

Alice explained that as part of the Rest & Recuperation programme, children can visit Ireland up until the age of 18.

“But there was such a strong bond between Polina and the Dunphys that they arranged for her to continue visiting after she turned 18,” she explained. “Quite a few families throughout Ireland do that because of the strong bonds which are created.”

Testament to the strength of this bond is the fact that Polina has now made Waterford her home. As a result of her visits during Christmas and summer, Polina also got to know many local people.

“Irish people are very kind and welcoming,” she says. 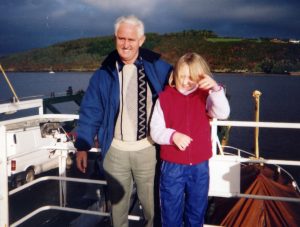 Polina with John Dunphy in 2002 during one of her many trips to Ireland. 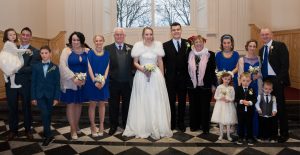 Polina has secured a job with HubSpot, a marketing, sales, and customer service platform focused on helping companies, customers and individuals grow.

“I am passionate about my Customer Success Manager role. I enjoy working with people, building relationships and solving problems,” says Polina. “With HubSpot I know that I will learn a lot and I will be able to take my professional career to the next level.”

Polina had previously applied for numerous jobs in Ireland, but many did not support re-location. HubSpot, however, were happy to offer re-location and, after a number of online interviews, Polina was successful in her application.

She had previously worked in a similar job with another company in her native Belarus. However, Polina and Alex left Belarus shortly after the controversial 2020 Presidential elections. They moved to neighbouring Ukraine and had been there until February 2022 just before war broke out.

“Nobody expected it would happen,” says Polina. “I thought it was nonsense – nobody will invade Ukraine.”

As the signs became ever more ominous, she says her Irish family were increasingly concerned for her safety and kept in regular contact.

“My sisters Jacqueline and Elaine messaged me on a regular basis as they were worried,” explains Polina.

Along with husband Alex, she travelled to Poland and later to Portugal where she was based when she secured her Irish job.  After travelling to Waterford, Polina began her job on Tuesday last. She is currently working remotely from Dunhill.

Alex, meanwhile, is also working from Dunhill for a company based in Lithuania.  With the assistance of Liberty Blue Estate Agents, the couple have secured an apartment in Waterford City which they will soon move into.

Since their departure in 2020, they haven’t been back to Belarus and currently have no plans for a return visit. Polina explains that current restrictions on visiting the country make travel prospects very challenging. 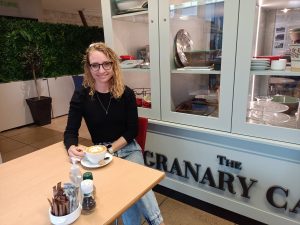 “What I love most about Waterford is the people,” says Polina. “And the place to meet them all is definitely the best café in town – The Granary.”

Polina says Dunhill is very close to her heart, but she has fallen in love with Waterford overall and appreciates the friendliness of local people.

“What I love most about Waterford is the people,” she says. “And the place to meet them all is definitely the best café in town – The Granary.”

Polina describes the Dunphy family as her “biggest inspiration and support”.

“Liam Grant and Elena Gordeeva with Chernobyl Aid Ireland are the ones I have to thank for the chance they gave me by introducing me to the Dunphys,” she says.  “I wouldn’t be here without the continued support from my family. They inspire me and their support made all of this possible.  I am Belarusian by blood but Irish by heart.”

Polina’s story is certainly heart-warming and a wonderful reflection on the Dunphy family, the community of Dunhill, and all of Waterford.