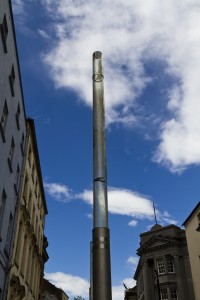 A WHOLE host of ‘housekeeping’ issues which need to be addressed across Waterford city have been highlighted by local Councillors.
Overgrown trees and lighting which doesn’t work were among the issues raised at the May Metropolitan District meeting of Waterford City & County Council.
Cllr Eamon Quinlan (FF) drew attention to the seated area alongside the Revenue Office in The Glen.
He said the area is now “completely overgrown”.
“Not a single penny is being spent on it and it’s getting worse and worse,” he said.
He said there are also health and safety issues as the overgrown vegetation is obstructing large spikes which are protruding into the air.
He said the area is attracting anti-social behaviour and is being used for public drinking.
“For older people, particularly those going to the Dominican Church, they feel intimated,” he said.
“For any cars that come across Rice Bridge and go up Summerhill the first thing they see is quite a derelict area that needs to be sorted out.”
He asked that the Environment Section of Waterford City & County Council write to officials in the Revenue Office to ask them to spend some money on the area and sort it out.
“I’m sure we can all agree that they take enough money – now it’s time for them to sort out their own house,” he said.
Cllr Jim Griffin (SF) highlighted a nearby tree, located opposite The Forum.
“We might have missed the tree during the cutting season,” he said, adding that both he and Cllr Joe Kelly (Ind) had highlighted the tree in the past.
“It’s a danger to the traffic,” he said.
“And it’s also taking up a number of parking spaces.”
Cllr Eddie Mulligan (FF) pointed out that trees in John Roberts Square are obstructing the view of CCTV cameras.
He said this is posing difficulties for business owners and Gardaí in relation to tackling anti-social behaviour.
Meanwhile, Cllr Jason Murphy (FF) expressed concern over the futuristic style lights located on George’s Street near Shaws.
He pointed out that the four lights “haven’t been lighting in years” and asked what was going to be done with them.
In response to Cllr Quinlan’s concerns, Senior Executive Officer (Environment) Ray Moloney said the Council would contact the Revenue Office.
He also said the Council would examine the issue of tress obstructing CCTV, as raised by Cllr Mulligan.
In relation to the tree causing concern in The Glen, Mr Moloney said the tree in question may be the property of the Office of Public Works (OPW) so he would clarify if this is in fact the case.
Responding to the issue of the George’s Street lights, Senior Executive Engineer Niall Kane said he would have a look and see what can be done.
“They need to be working or else taken away,” he said, to which Cllr John Cummins (FG) emphatically stated “taken away”. 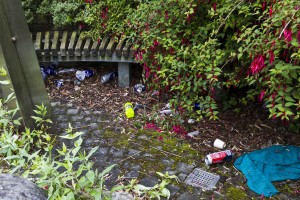