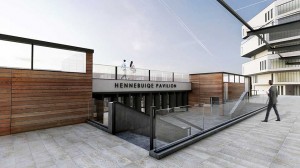 Iarnród Éireann (Irish Rail) would happily relocate its Waterford terminus from Plunkett Station onto the North Quay as part of the site’s Strategic Development Zone (SDZ) project.
Speaking to The Munster Express, Iarnród Éireann Communications Manager Barry Kenny said that “long-standing issues” with Plunkett Station made the prospect of such a future relocation a logical step.
“It’s not new to talk about Plunkett Station being a little bit isolated given its current location,” he stated.
“Firstly, we can do no more on the present site in terms of additional (surface level) car parking provision. Secondly, anyone who is a regular user of the station will be all too familiar with the access and exit difficulties presented by the roundabout, so the case for moving the station into a more convenient location for motorists and foot passengers alike is certainly strong.”
The SDZ project, the draft of which is still in development, makes the case for relocating Plunkett Station onto the North Quay, while also providing direct access to the South Quay for foot passengers via a new footbridge.
Mr Kenny said that last week’s National Transport Authority’s Rail Review 2016 Report raised “several questions” about the future of several regional rail routes, without, he noted, calling for the closure of any specific lines.
“As a rail person, I for one certainly don’t want to see any lines closing. But there is a harsh reality that is going to have be considered at some point in time, sooner rather than later, I believe.”
He added: “If the rail network continues to be funded at its current level, on the basis that all existing lines remain open, then the whole network is going to suffer. At a time when there are several debates being had nationally across a range of issues, be it budgeting for health, policing and education, etc, you have to ask yourself where the funding of the national rail network ranks among the funding priorities of Government, that is, in the context of the current network in its totality being retained.”
It’s believed that Minister for Transport Shane Ross will not make a decision on the funding of the national rail network until the public consultation phase of the review concludes on Wednesday, January 18th next.
The 316-page review can be read online at www.nationaltransport.ie, which includes a downloadable consultation form which can be then emailed to railconsultation@nationaltransport.ie