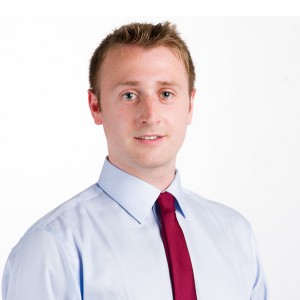 WHILE Waterford is continuing to enjoy the benefits from the opening of its new Greenway, the impact of Fáilte Ireland’s much publicised Ireland’s Ancient East initiative is proving harder to gauge.
And some concerns have been expressed that the area’s traditional ‘Sunny South East’ reputation is being eclipsed by the emphasis which is being placed on marketing the area as part of Ireland’s Ancient East.
Cllr Eamon Quinlan (FF), who has campaigned for Waterford’s inclusion on the high profile Wild Atlantic Way initiative, still has reservations over the impact of Ireland’s Ancient East.
“In many ways I feel we are still waiting to see the impact of Ireland’s Ancient East. While an interesting proposal ,I feel Waterford’s place is almost non-existent,” he said.
“We don’t feature at all in the main TV advert for the campaign and their YouTube campaign is almost ‘Leinster’s Ancient East’ which I feel is based on creating Dublin as the jumping off point. Waterford is Ireland’s oldest city and should feature much more prominently.”
He continued: “This campaign is eclipsing the ‘Sunny South East’ in terms of branding and Waterford has had to push its own campaign ‘Where Ireland begins’ so that those looking to experience Ireland’s Ancient East realise just how integral we are to it. I still believe Waterford should have been where the Wild Atlantic Way and Ireland’s Ancient East meet but unfortunately, due to Spike Island featuring in the TV campaign, it appears that position has been usurped by Cork. It would appear we can sell Waterford to those abroad but perhaps we still have a case to make with certain decision makers closer to home.”
Chair of the Irish Hotels Federation (IHF) South-East Branch Aidan Quirke described ‘Ireland’s Ancient East’ as “a slow burner”.
He said the initiative has not been as successful as the Wild Atlantic Way and has yet to draw an “influx” of tourists.
Mr Quirke said the ‘Sunny South East’ has for long “probably been the official byword” for tourism in the region, and pointed out that signage in place on some roads still welcomes people to the ‘Sunny South East’.
He says it has always been a “catchy” slogan and is “an appropriate term” given that the region does generally experienced the best weather in Ireland.
However, a Fáilte Ireland spokesperson told The Munster Express that the ‘Sunny South East’ was never part of any official marketing campaign and that the agency is confident that promoting the region as part of the Ireland’s Ancient East concept can have a greater impact.
Paul Flynn of The Tannery, Dungarvan, who has also spoken in the past about the need for Waterford to be included on the Wild Atlantic Way, says the Ireland’s Ancient East initiative is hard to “define” but believes it could be the reason for an increase in American visitors to the area this year.
“The Wild Atlantic Way has captured imaginations and has been so powerful that anything would have struggled against it,” he said.
Mr Flynn points out that Ireland’s Ancient East doesn’t “start or end in a particular place”, unlike the Waterford Greenway which has clear start and end points.
“If the Greenway wasn’t here, I would be much less content,” he said.
He says the Greenway is having a “transformative” impact on Dungarvan and County Waterford and that an “overwhelming” number of people are using the new amenity.
He believes Waterford should “count its blessings” for having the Greenway and highlighted the amount of new businesses opening as a direct result.
“The Greenway is something that people will travel to from afar and is transforming the area,” he said.
He also highlighted the potential of Waterford’s Copper Coast, which he described as a “hugely underutilised coastline”.
While he says business may not be brilliant for everyone just yet, he is confident that things are improving.