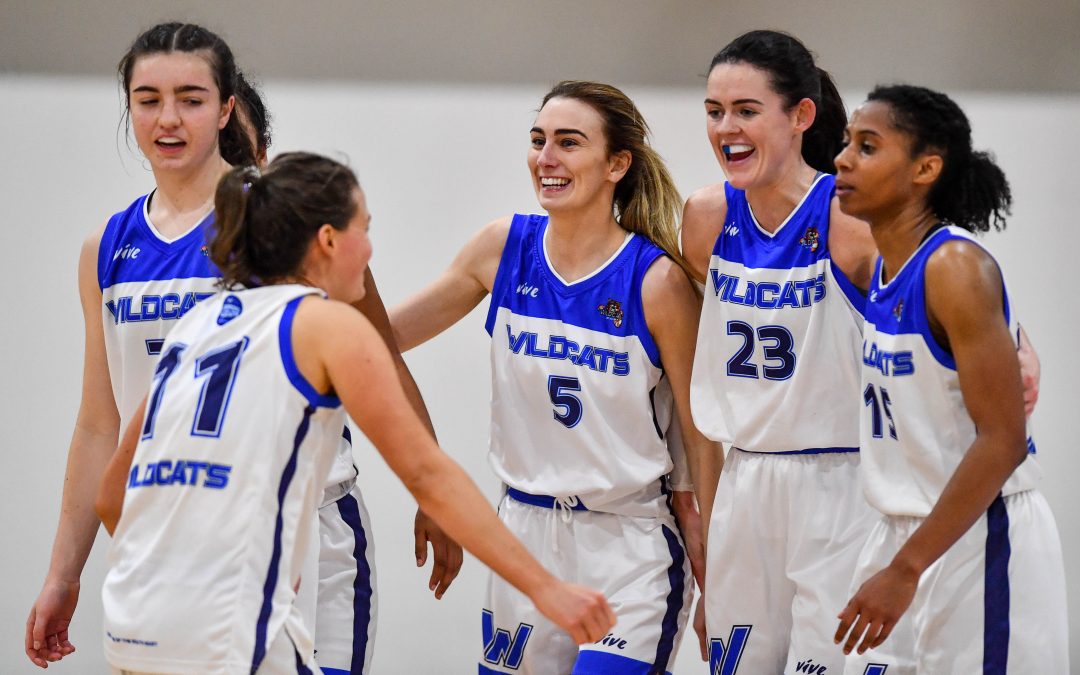 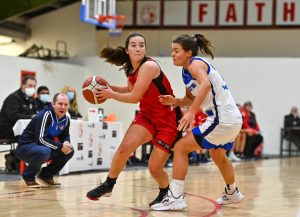 Amy Corkery of Fr Mathews in action against Sinead Deegan of WIT Waterford Wildcats during the Paudie O’Connor Cup Quarter-Final.

Waterford Wildcats reached the semi-finals of the National Cup following a superb 18-points win over Fr Matthews in Cork on Saturday.

On the evidence of their superleague clash at the Mercy Gym just a week previously when Wildcats won by a single basket, this was expected to be a close encounter and without the services of the dynamic point-guard Abby Flynn, Wildcats looked to be up against it.

Although the game was evenly poised at the half-time break, Wildcats pulled away in the closing quarter to record their seventh consecutive win in fine style.

In the early minutes Fr Matthews were in the ascendancy  as they simply couldn’t miss from any distance and led 18 point to 13 after eight minutes.

Rachel Thompson kept Wildcats in touch with exceptional scores and she continued to do so in the final two minutes of the quarter but the home side matched her best with more quality baskets that put them in the driving seat leading 25-19 at the quarter’s end.

It was noticeable that 15 of their total came from down town  netting five three pointers as Wildcats slack defence left their shooters open.

Coach Tommy O’ Mahony soon had his troops focused on defence and it proved to make the difference as gradually his team got their act together closing the gap as Thompson and Steph O’Shea, who was excellent all night, erased the home teams’ advantage to level the game. 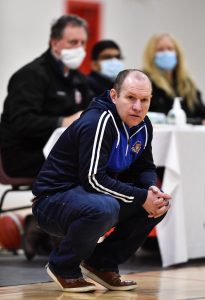 Then we saw the Wildcats Sister Act in action as Sarah Hickey hit her sister Kate with a long range pass which she calmly finished before returning the compliment to hook up Sarah who netted to put Wildcats four up with 30 seconds to the break.

However Fr Matthews made the best of the time remaining as they snatched a basket and a last gasp three pointer to lead 38-37 at the half way stage.

From the restart Steph O’Shea had Wildcats back in front and her efforts were enhanced with more of good shooting from Thompsons. Again back came Fr Matthews with three unanswered baskets to tie the thriller on 55 points each.  Just when big scores were most needed up stepped Sinead Deegan, Rachel Thompson and Steph O’Shea to blitz the home net with consecutive three pointers . Sarah Hickey added back to back baskets to leave her team in control while the always hard working Jazz Walker had the defence so well organised Fr Matthews simply couldn’t penetrate it to find much needed scores.

In the closing stages Kate Hickey hit a three pointer to put the game well beyond the Cork side. As Wildcats prevailed on a 80-62 scoreline to book a much coveted spot in the cup semi-final in mid-January.

This cup victory makes it seven wins in a row now  for Wildcats who must now focus on next Saturday evening’s Superleague game in the capital where sharp shooting Killester will be waiting and prepared to put a stop to Wildcats gallop.