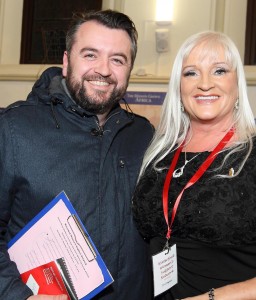 The number of teenagers contacting Waterford’s Pieta House have exceeded the figures recorded for the same age demograph across the suicide awareness charity’s other nine houses.
That worrying statistic was relayed to those who attended the Waterford Women’s Support Network’s Positive Mental Health seminar, which was held at the Edmund Rice Centre on Thursday last.
According to the Centre’s Clinical Manager Michael O’Brien: “We deal with self harm and I can say here tonight that in the last eight weeks, 40 per cent of the clients coming into us people who have been children and they are primarily presenting with self harm. And while we don’t have the actual figures confirmed on this yet over such a short period of time, compared to the previous house experience that I would have had in Cork, the numbers of children presenting in Waterford city and county are far greater than in any of the other (Pieta) houses nationally thus far, which is an interesting awareness for ourselves to look at.” 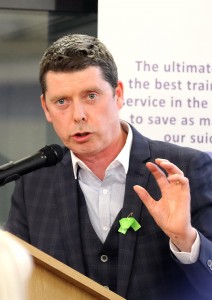 Mr O’Brien said that Pieta House regularly deal with “confused, frustrated and extremely worried parents” regarding children of theirs whom they fear may be self-harming or suicidal.
He added that Pieta House encourage parents to visit their local centre, along with their children, so that an assessment may be carried out “if they think there is something medically wrong…all children are welcome to Pieta House – we will never turn any child away.”