Praise for Waterford in address to City Hall 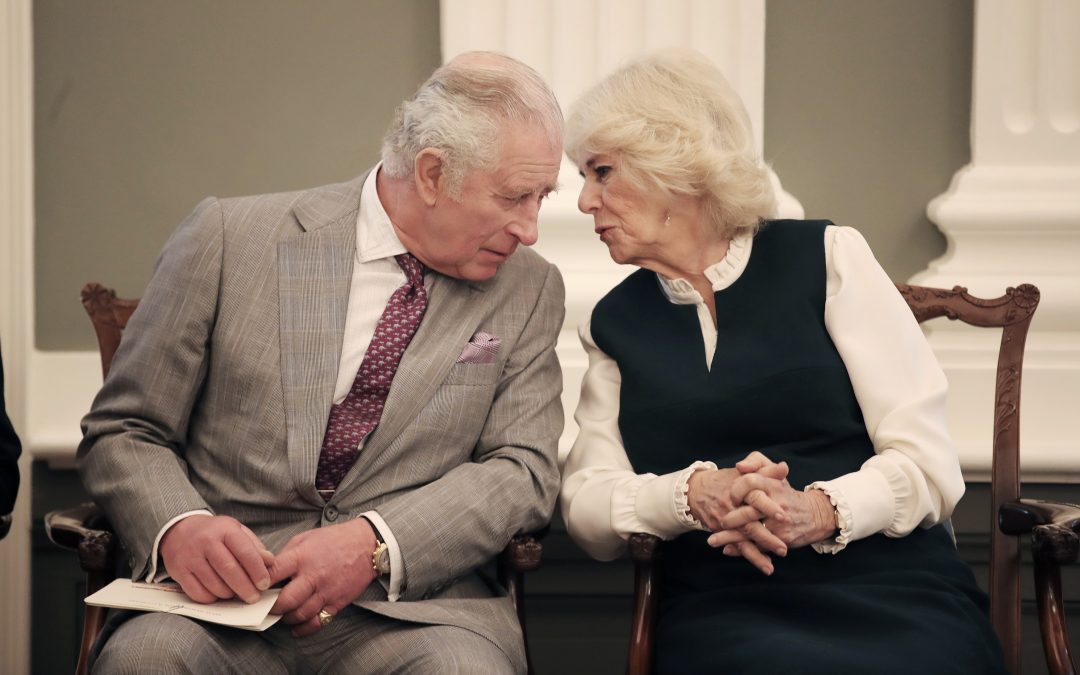 Waterford is a city of promise and hope for the future declared the Prince of Wales speaking at a mayoral reception in his honour in City Hall last week. 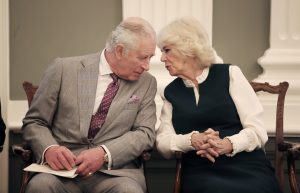 The Prince of Wales and Duchess of Cornwall share a few words while at City Hall. Photo: Julien Behal.

Prince Charles continued that Ireland was a country that means more to the royal couple than he could possibly say.  Addressing those present in the Large Room in City Hall, The Prince said it gave himself and his wife Camilla huge pleasure to be back in Ireland. “It’s long been one of our great ambitions to visit every county in this majestic land before senility totally overtakes me,” he quipped.

“It is in places like Waterford, which is Ireland’s oldest city where we are reminded so vividly of our ancient connections and how they’ve evolved over time towards a modern friendship. From a Viking town, to a city with a royal charter to the place where the first tri colour was flown, to the home of a new university and a claim for best place to live in Ireland.”

Prince Charles continued that it was yet another demonstration of how Ireland and England were not just neighbours, but partners, “who, though at times we have travelled a troubled road together, have through reconciliation and understanding forged a future that has benefitted both our peoples and the world.”

Over the last two years he said, we have badly needed hope. “We have all faced challenges which before Covid would have seen unimaginable. Where once stood borders or seas dividing nations, we have been shown, in the starkest of terms, just how connected we are as a global community.”

His Royal Highness said it gave him particular pleasure that they would be meeting so many people throughout the course of today who had helped throughout the pandemic. “From those who have been on the frontline against Covid, to those who have cared for loved ones and through community groups, and indeed to those remarkable Waterford-based innovators whose Covid tracker app has aided your national response, you are owed a great debt of gratitude.”

Prince Charles said he was very moved to meet members of Waterford’s Ukrainian community. “In the past few weeks, our thoughts have been with the people of Ukraine as they continue to face such uncertainty and brutal aggression.  It has been most moving to meet members of Waterford’s Ukrainian community here today and to learn of the actions that your county is taking to support them.  Such times as we are living through bring into sharp relief the importance of peace and friendship, which history tells us we can too easily take for granted.”

In 1904, he said, his great great-grandfather, King Edward VII, visited Waterford and spoke warmly of the beauty of the place and the welcome he received.  “When he died, an English clergyman, Henry Scott Holland, delivered a sermon at the funeral that later became a poem.  And I was delighted to learn that this poem, Death Is Nothing At All, was later adapted by the Carmelite monks in Tallow here in County Waterford, who helped make it famous for an international audience.  It reminds us at times when we need it most that we must celebrate those we love, to ‘Laugh as we always laughed’ and understand that ‘Nothing is past, nothing is lost’.  This is true for all those of us who have lost loved ones in recent years.   It is true for our countries and our people too.”

He concluded by saying he was especially pleased to resume his own personal voyage around Ireland, starting in Waterford and “celebrating old friendships and building new ones.”