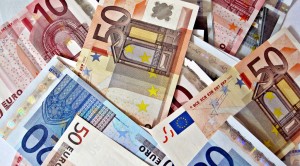 “In particular, the very pronounced deficit in regional education capacity, acute hospital services, IDA and Enterprise Ireland (EI) activity drives ever lower job quality. While nationally over €1.7bn has been invested in higher education capital projects, there was no State investment in any projects in the South East (SE); suggesting there is no policy appetite to addressed the structural weaknesses of the SE economy. The region faces economic headwinds shared with the State (such as Brexit and the fragile EU recovery); but the structural economic issues with the region continue to assert themselves as the dominant economic trend.”
While the South East Economic Monitor optimistically declares that the region’s economy is “now recovering strongly from the lows of 2012”, the South East, as we who live and work here know only too well, wasn’t overtly imprinted by the Celtic Tiger’s paw print.
And, as Cormac O’Keeffe, Ray Griffin and John Casey succinctly point out in this welcome and vital document, “the structural economic issues within the region continue to dominate economic trends”.
Directly opposite the Monitor’s summary, the following figures make for stark reading:
* 10.74 per cent of the population in the South East
* (The) South East generates 8 per cent of National GDP
* There are 19,979 citizens in full-time higher education
* There are 214,300 jobs, with an unemployment rate of 9.3 per cent
* The region is home to 6.7 per cent of IDA supported jobs – we’re missing 8,065 IDA-supported jobs in the South East
* There are approximately 7,480 missing higher educational places, according to the authors
* Capital investment between 2011 and 2016 nationally came to €1.7 billion, of which this region received a tiny 1.6 per cent share and
* Of 51,793 net jobs added by the IDA between 2011 and 2016, the South East gained just 457 jobs – a percentage total which comes to 0.88 per cent. Yes, less than one per cent.
While unemployment has welcomingly dropped in the region, the report notes: “The region lacks PAYE jobs (44.8 per cent of income tax return of the national average), with income taxes from self-employed individuals being above three-quarters or the State average (at 78 per cent). This demonstrates the lack of high-paid PAYE jobs, such as IDA or Government jobs and that surplus labour is absorbed by necessity entrepreneurship.”
Worryingly, the authors add: “We can find no evidence of any action to support the Government’s promise in the Action Plan for Jobs to bring unemployment in the SE to within one percentage point of the national average; and no commitments have been made to improve job quality.
“We continue to be surprised that despite having the highest rate of unemployment of any Irish region, all of the Government’s targeted measures to reduce unemployment (EI, IDA, Springboard etc) have a greater focus on other regions, and significantly less than the pro-rata share of these measures are made in the SE.”
On the very next page following this commentary on the labour market, the authors note that IDA supported jobs “are amongst the best paid in Ireland [the average salary coming in at €49,118]” but that the South East has only 6.7 per cent of all IDA jobs.
The report also notes that IDA’s appointment of a Regional Manager in 2015 led to “a significant improvement” in relation to IDA visits that same year but added that this “has now fallen back…
“Dublin and the other regional-city economies continue to receive a disproportionately-large number of new client visits. In particular, we can see the significant effort and outcomes from the improved marketing of the Mid-West/Limerick region.”
It’s clear that there are many clued-in minds working in this region who are assessing the condition of the South East in purely statistical and unemotional terms. They are identifying both what we have and, more importantly, what we clearly need. Let’s hope they’ll have a few less drums to beat on our behalves in due course.