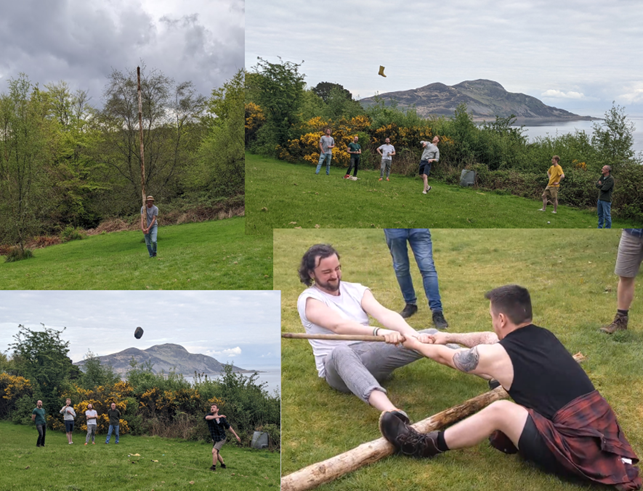 A Tramore man, Kilian Walsh, won a combined Tailteann-Highland games event on the Isle of Arran off the coast of Scotland. Contestants arrived from the USA, Ireland, Northern Ireland, Scotland, England and the Netherlands to take part. The games organised by another local, Ger McNulty, brother of  Waterford hurler Shane McNulty included: caber toss (throwing a tree trunk), maide leisg (“lazy stick” – two men pull on a stick from opposite sides while seated until they can pull the other person on top of them), tug-of-war, welly toss, stone toss, poc fada, and finally sock wrestling (wrestling to pull a sock off the opponent). Raw egg Russian roulette was used to settle ties. The Scots turned out to be very proficient in the poc fada, but could not beat the Tramore local. The prize included a certain figurative grotesque carving. The next Tailteann-Highland Games is due to take place on Tory Island in June 2023.