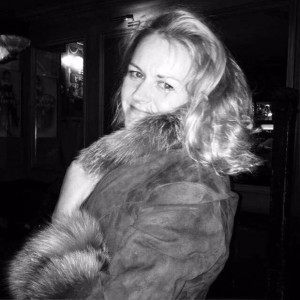 The late Elaine O'Donovan, who was originally from Viewmount.

TRIBUTES have been paid to the Waterford woman who died tragically while holidaying in the Canary Islands last week.
Elaine O’Donovan (41) was enjoying a holiday with family members on the island of Lanzarote when she drowned on Sunday, May 14th in the popular resort of Puerto del Carmen.
Originally from Viewmount, she had been based in London for a number of years and worked as an environmental engineer with Butyl Products Ltd.
She specialised in the provision of water and sanitation services in the developing world and had been a keynote speaker at major aid and humanitarian summits.
The Guardia Civil in Lanzarote arrested a 29-year-old Moroccan man on Wednesday, May 17th, who was accused of not helping Ms O’Donovan or requesting help from anyone else.
Several witnesses on the beach at Playa Grande said they saw Ms O’Donovan and a man on the beach at around 4am.
Ms O’Donovan was said to have entered the water alone while he stood on the shore.
Witnesses said that, moments later, she appeared to be floating face down on the shore and the man left the scene without helping her or asking others for help.
She was then attended to by people nearby who called emergency services.
However, she sadly died shortly after.
The 29-year-old man was understood to have been released on bail pending an ongoing investigation following a private court hearing.
In a statement, Ms O’Donovan’s family said: “She loved her work as an environmental engineer, which took her to the most dangerous parts of the world where she worked to improve the lives of those who so badly needed her help. Elaine touched the lives of everyone who knew her. She will be very sadly missed.”
Elaine O’Donovan is survived by parents Tommy and Patricia and dear sister of Louise, Kevin, David and was predeceased by her brother Paul.
Her Requiem Mass will be held tomorrow (Wednesday) in St Mary’s Church, Ballygunner at 12noon with burial afterwards in the adjoining cemetery.