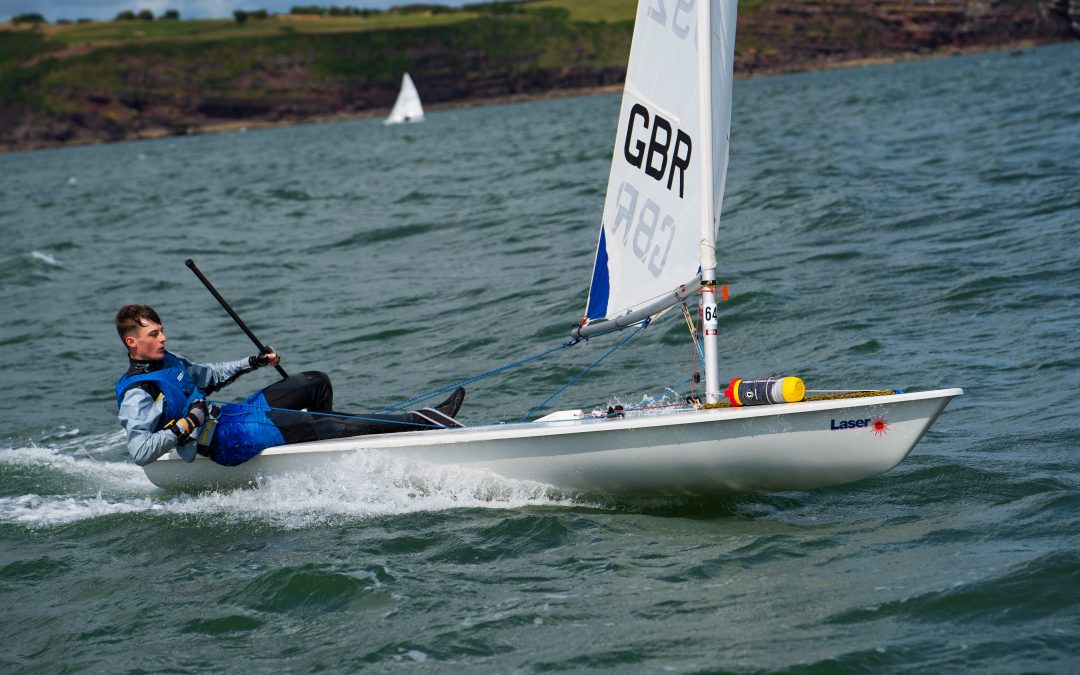 A fleet of over 70 sailing boats from more than 20 clubs around the country will be arriving in
Waterford this weekend to compete in the two-day event.
The Irish Laser (ILCA) class fleet returns to Dunmore East on May 7 and 8 for the 2022 Port of
Waterford Laser Connaught Championships. Racing starts at 12 midday on Saturday and 10am on
Sunday, with three races planned per day.
The Laser is one of the most popular single handed, one-design sailing dinghies in the world. It is currently sailed in over 120 countries and has been an Olympic class boat since 1996. Over 200,000
boats produced since it was first introduced in the 1970s.
There are strong historical links to Waterford as the city was one of the global manufacturing bases
for early examples of the dinghy. The Laser was manufactured at the Performance Sailcraft plant in
the industrial estate for a period during the 1970s and early 1980s.
With 3 different rigs sizes, the class attracts sailors from youth level, up to senior and master level. In
Ireland, the fleet has been investing heavily in training, development and events. Waterford Harbour
Sailing Club itself is home to a growing Laser fleet and sailors at the club recently had a highly
successful training weekend with Tokyo campaigner Aisling Keller.
WHSC Commodore Roy Power said he was delighted to welcome the ILCA event back to Dunmore
East. “We’re always thrilled to host visiting sailors at Dunmore East and show off the spectacular
sailing this part of the country has to offer. We’d like to thank Port of Waterford for their generosity
in sponsoring the 2022 Port of Waterford Laser Connaught Championships.”