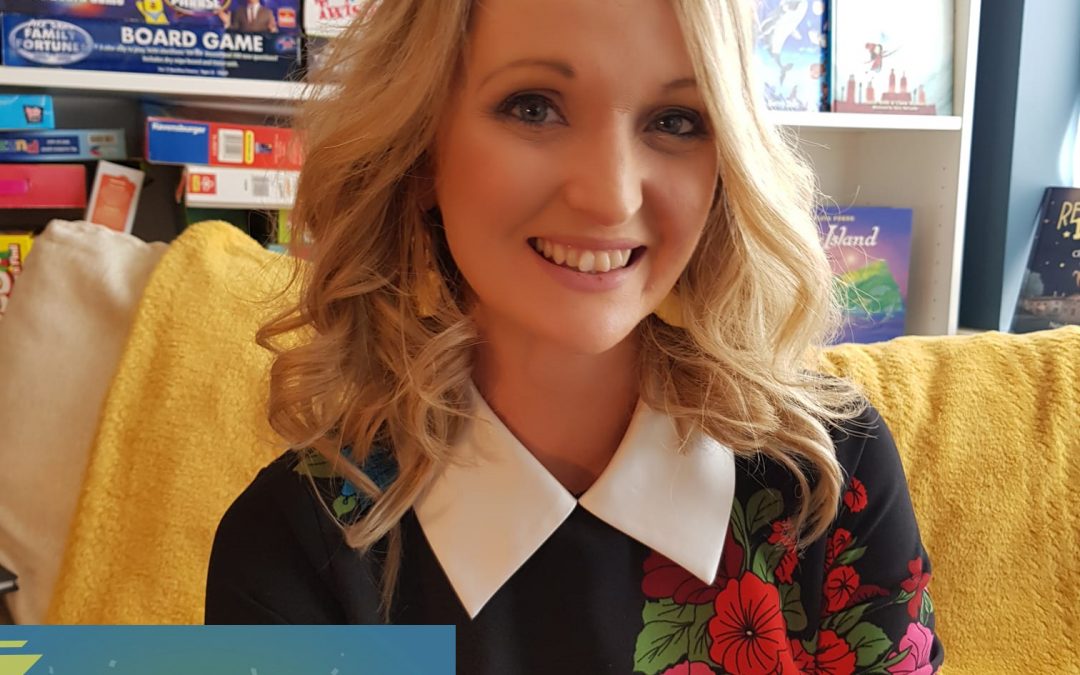 Waterford-born broadcaster and journalist Karen Tomkins has been shortlisted at the international 2022 New York Festivals Radio Awards. Karen is a finalist in the ‘Best Children/ Young Adult Program’ category for her series of children’s audio stories – Big Breakfast Little Stories on WLRfm. The Radio Awards received entries from radio stations, networks, and independent producers from over 30 countries around the globe.

Waterford native Karen, who lives in Enniscorthy, Co Wexford wrote, presented and produced the series of audio stories which aired on WLRfm. A mother of three children herself, Karen Tomkins wanted to give kids a voice on radio, a segment that was just for them and a platform that they could engage with and call their own. The 12-part-series offered children the chance to star in their own radio story, which aired on The Big Breakfast Blaa every week.

Listeners sent in details of their children and with their permission, Karen contacted parents to get a sense of who their child, or children were, and went recording and producing a weekly personal story – written all about them.

Some of the themes include children dealing with a learning disability, being bullied at school, LGBTQ+ families and missing out on so much during Covid-19 lockdown restrictions.

Karen has already won two national IMRO Radio Awards with WLR for her first two series of Big Breakfast Little Stories in 2020 and 2021. 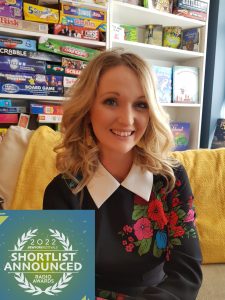 “The little stories began as a little idea in my head during the early lockdown,” said Karen. “I’m always reading to my own children but they tell me they much prefer it when I make up daft stories for them – especially when they can become characters in the story themselves. I felt this might transpire well as a radio project and pitched the idea to Des Whelan (Managing Director) and Michael Byrne (Programme Director) in WLR –  my radio home where I have worked for years. In fairness to them, it was a bit of a bonkers idea but they told me to go for it and really supported me and thankfully it took off with listeners. Their open-ness to new ideas is one of the many reasons WLR is Ireland’s Local Station of The Year for the last three years.”

Karen lives in Enniscorthy with her husband Shea and their three children Jack (14), Harry (11) and Daisy (5) Tomkins. She is the daughter of Pat and Mary-Ann Doyle from Marion Terrace, Ballinakill.

Karen has since gone on to work on other children’s audio projects. In 2021 she wrote and produced the ‘Story Bud?’, Five Word Fun, World News Day bulletins and Once Upon a Pine series with RTÉjr Radio. She also produces Two Halves on RTÉjr Radio – a kids soccer show presented by kids (her own sons Jack and Harry Tomkins).

“I absolutely love the creative side of broadcasting for children. My background is in the newsroom as a journalist and as a broadcaster and I’m always conscious that it’s really important not to forget our younger generation of discerning listeners. There are ways of communicating and interacting with younger children in radio that will encourage them to be the listeners of the future.”

On making the final shortlist at the New York Festivals Radio Awards she says, “It’s fantastic that there is a category for children’s programmes. I am humbled and honoured to be among the finalists from all around the world and it’s fantastic to see a local station and an independent producer like me represented alongside national broadcasting corporations.

“I couldn’t get to a studio during lockdown so this series was all done at home – begging our dog not to bark and waiting for the noisy washing machine to spin before recording into a small microphone with my head under a duvet to recreate studio sound,” she laughs.

WLR’s Programme Director Michael Byrne said, “This programme is a double award-winning IMRO winner and now to be recognised internationally is fantastic. Karen is very creative and when the idea was pitched to me for kids’ content during Covid, it was something we hadn’t really had too much of in the past but Covid allowed us to expand our content. Karen produced excellent programmes and it’s great to get recognised by the team in New York. Here’s hoping for a big win”.

Karen has just set up a new business The Treasure Vox, recording people’s life stories as a professional audio documentary for their families to have as a special legacy for generations to come.

The 2022 Radio Awards Grand Jury of creative media professionals and content creators from around the globe selected Finalists based on production values, writing, creativity, direction, achievement of purpose, and audience suitability. Entries achieving Finalist status will advance to the next round to determine gold, silver, and bronze trophies.

The Radio Awards received entries from radio stations, networks, and independent producers from over 30 countries around the globe. Among the finalists, global broadcasters led the way including the Canadian Broadcasting Corporation, RTÉ Ireland, BBC, ABC Radio National Australia, Sky News radio and Paramount.

Winners of the 2022 New York Festivals Radio Awards will be announced at the Storytellers Gala virtual ceremony on April 26th.