Halligan is "not thinking" about General Election

Minister of State John Halligan isn’t pondering his long-term political future, casting doubt on the prospects of his contesting the next General Election.
When asked by The Munster Express if he’d given much thought to putting himself before the people again, the Independent Alliance TD replied: “No. Not at all.”
He stated: “I’ll be 64 in January. Do I really want to be in the Dáil, potentially, at 70 years of age? Look, I’ve been quite lucky politically. I topped the local election poll twice in Waterford, I’ve been Mayor of the city, I’m a twice-elected TD representing the people of Waterford and I’m a Minister of State. I think I’ve done a lot and maybe I’ve done my time, maybe. It’s certainly something I am going to have to think about but I’ve not reached that point yet.” 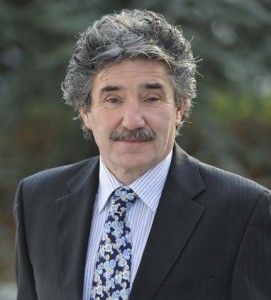 John Halligan is proud of his local and national political record.

John Halligan added: “I speak for me and I speak for the people of Waterford and will continue to do so for whatever time I’ve left in politics. But right now, I don’t know whether I’ll stand again or whether I’ll be elected again for that matter.” While combining the junior cabinet position with his constituency work has undoubtedly increased his workload, Minister Halligan said: “I would advise anybody – anybody – that when you have a chance to go into Government, to take that chance, to see if you can deliver something. If it doesn’t work out, then it doesn’t work out but if you don’t try then you’re never going to know. Has it been traumatic at times? To be honest, it’s felt that way from time to time. The workload is phenomenal. You get two weeks in the summer, you don’t get your 12 weeks like other (politicians) do. I got two.”
He continued: “I’ve been all over the country during the summer, I was in Brussels on Brexit business, there’s been a range of research, innovation and development meetings I’ve been busy with and I’ve a trip to China coming up. I’ve regular interactions with our third level institutions, I deal with school transportation, you’re talking about 117,000 school children and 12,000 children with special needs, on buses twice a day, that’s my job. Over the summer, I was in Dublin four days and nights a week trying to sort out school transport. Yes, it’s a big job but I like it, I think I am delivering and I do think that there are times when that level of work might go over the heads of some of the public. My brief also entails a huge level of contact with a whole range of industries, but it’s a challenge I greatly enjoy. I do feel I’m making an impact but it does come at a cost: to your family that you a good deal less off and there’s probably a health cost as well. Now I’d hate to think I’m coming across here as ‘poor old John Halligan’, that’s not my intention. If I’m asked something straight, I’ll give a straight answer, I’m not one for messing about and I’ll stand over everything I say and take ownership of it.”
Regarding the levels of criticism he has been subjected to since entering Government (a great deal of via social media), Minister Halligan said: “Look, I’ve taken it and I’ll keep on taking it. It goes with the job. Martin Cullen said to me at the time I was going in that I’d be criticised, that I’d be hammered but you will do a lot of good, and he said I was right to give it a go and take it on. And I’m glad I did.” He continued: “Yes, going in was ideologically difficult for us, particularly for Finian (McGrath) and myself coming from left wing positions, but I knew from talking to supporters here in Waterford that it was worth giving it a go. And yes, I did, think ‘Jesus, going in with Fine Gael’ but I didn’t want to die wondering either. And politics is like that sometimes: when you get an opportunity, you have to take it. And if we hadn’t gone in, we would have had another election, we’d have been to square one again and I don’t think the people would have thanked any of us for that. Right now, we’re on dangerous ground due to Brexit and now is a time for stability in our country and I don’t believe an election in the next few months would be in the country’s best interests.”