AS another year without commercial flights draws to a close, those involved with Waterford Airport are hopeful of progressing the New Year.At the December Metropolitan District meeting of Waterford City & County
Council, Cllr Joe Conway (Ind) sought an update on plans for the development of the
airport’s runway.A development plan, which includes a runway extension, has been submitted to
the Department of Transport, Tourism and Sport by Waterford Airport. 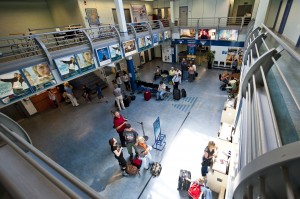 No update was provided by any of the Council officials in attendance. Cllr John Cummins (FG), who is a member of the Board of Waterford Airport,spoke instead. Cllr Cummins said the situation remains the same as the Chief Executive of Waterford City & County Council Michael Walsh had previously outlined.He explained that the Board has secured private investment of €5 million for the proposal, with matched funding of €5million sought from Government.“It’s on the Minister’s desk,” said Cllr Cummins.“It’s up to Shane Ross to bring this to Cabinet and to recommend it or not.”It’s understood that further information has been requested by the Department ofTransport on a number of aspects of the proposal and Waterford Airport is currentlyin the process of compiling this.Earlier this month it was announced that Waterford Airport is to receive emergency funding of €375,000 to assist with ongoing operational costs.
The funding is being allocated by the Department to assist with the day-to-day running of Waterford Airport and follows aseparate emergency funding allocation of€375,000 last January.“This emergency funding will ensure Waterford Airport can continue to facilitate the Irish Coast Guard station (Rescue 117),as well as the recently announced Atlantic Flight Training Academy Irish pilot training and recruitment base, which will train up to 450 cadets at Waterford Airport over the next five years,” explained