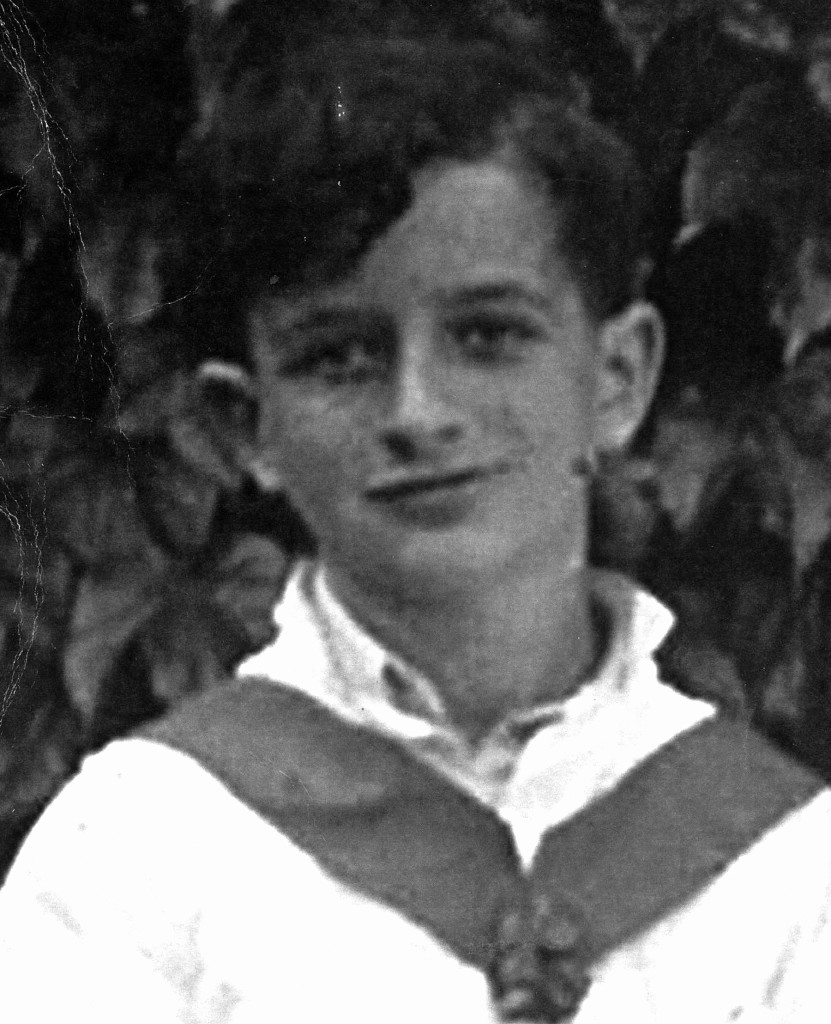 Jimmy O'Neill (aged between 11 and 13 in this photo, taken during his time as an altar server at the Dominican Church on Bridge Street), went missing on December 15th, 1947. His missing persons case remains the longest unsolved case of its kind in the State.

“I rememeber being brought down to Woolworths – where Penneys is now – when I was very small, to meet ‘Daddy Christmas’,” Leamy Street resident Frank O’Neill told The Munster Express on Thursday last.
“And I remember feeling very scared of this man with a long white beard – it’s funny the way some feelings never leave you – and that’s one that’s always stayed with me. But one of my older brothers held my hand the whole way down to Woolworths and held onto it tightly when I got a bit scared seeing Santa. I can’t swear to it given how young I was, but I’m almost certain it was my brother Jimmy. I don’t have too many memories at all of him; I was only four when he went missing in 1947 (aged 16), but that’s certainly one of them. There are so few. And it shouldn’t have been this way.”
On Saturday last, December 15th, Frank went to Mass, as he does daily, and prayed for his brother on what was the 71st anniversary of Jimmy O’Neill’s disappearance. His missing person’s case remains the longest unsolved case of his kind in the country, and the question of what became of Jimmy (born in Morgan Street in 1931) is one that Frank has lived with for the past seven decades.
“We just don’t know what exactly happened,” said Frank, a well-known face at Walsh Park to any regular matchgoer. “I can’t believe this has gone on for the entire span of my life, and we’re none the wiser.”
When asked for a theory as to what happened to his brother, Frank suggested: “Well, he worked for Clyde Shipping, so we’ve long suspected that Jimmy must have left Waterford on board a ship, be it to Liverpool or elsewhere. He must have made some contacts and friendships while he was working there and if he did stow away, wherever he disembarked, he must have been given some direction about where he could go. Unfortunately, the Clyde shipping archive from that time has long since been dispensed with and we’ll never known if there might have been some documents in there that could have provided a hint about what became of Jimmy. It’s hard to credit that someone can disappear like that and leave no trail of any kind behind. And there’s never been a day, for as long as my memory serves me, that I don’t think about my brother.”
Frank, who attended the recent National Missing Person’s day event held at Dublin’s Kings Inns, has never given up hope that the case on Jimmy could reach a resolution.
“Sure you have to keep hoping, don’t you?” he said. “Having faith is a help, a great consolation, especially at a time of year when a lot of people are inclined to think a little bit more about people they’ve lost. All my life, I’ve been trying to find out what exactly happened to Jimmy, but as of now, it’s been to no avail. It’s led me to make enquiries across many different countries – be it Australia, New Zealand and South Africa, but I’ve never made any breakthrough. And that’s been very upsetting, very frustrating. I’d not wish anyone else to be walking in my shoes, and then you go to Dublin for the Missing Person’s Day and you hear about the sadness that so many other people have had to live with. It’s an awful burden.”
Frank added: “For all the blind alleys I’ve ended up in over the years, I’ve never given up hope of finding out what happened to Jimmy. But of course, it’s been very hard to live with for all these years. And it took a huge toll on my parents. On my mother Bridie’s deathbed in 1974, a nurse told me she’d been calling for Jimmy all night in the house before she died, and to be told that was absolutely heartbreaking – my father, Jim Senior, passed away in 1966, and the trauma of Jimmy’s disappearance left a huge mark on both of them.
Now it’s just myself and my sister Nancy that’s left alive from the family that grew up in Leamy Street and Morgan Street, and every 15th of December that comes around, Jimmy is the first person we think of. Not knowing what happened to him is a lifelong sadness that we’ve had to bear, and it’s not gotten any easier, even after 71 years. I’d wish this on no-one.” Frank’s eldest brother, train driver, author and historian Jack O’Neill (1928-2012) was a loyal contributor to The Munster Express for many decades, and possessed unequalled knowledge of the local and national rail network.