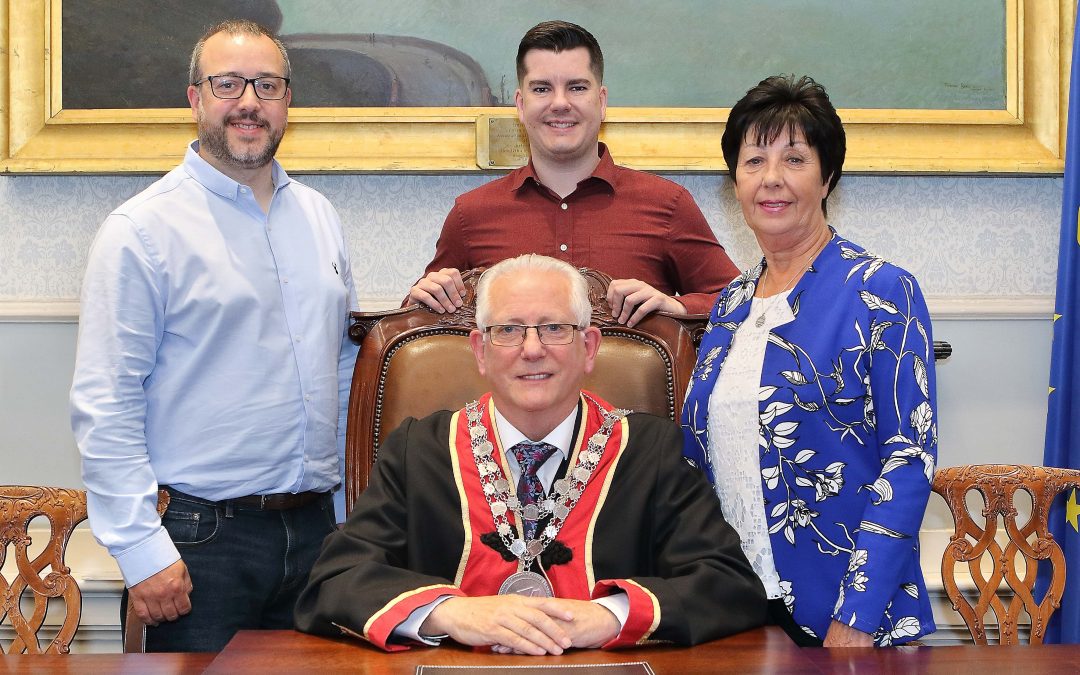 Independent Councillor Joe Kelly has been elected as the Mayor of Waterford City & County for the forthcoming twelve months.

Cllr. Kelly was elected at the AGM of Waterford City & County Council on Thursday last, having defeated fellow Independent Councillor Mary Roche by 17 votes to 15.

Cllr. Kelly, a former Waterford Crystal worker, with a rich background in athletics, was formerly a member of Sinn Féin before becoming an independent and he has served on the Council for 17 years, serving as the Mayor of the Metropolitan District in 2018. 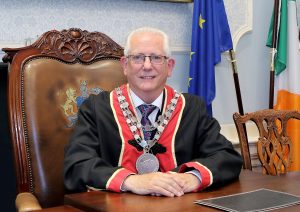 Speaking following his election, Cllr. Kelly says that the county has a bright future, and he vowed to be a Mayor for all.

“The future for Waterford City and the county is very promising. Here in the city, the development of Michael Street and North Quays sites will proceed over the next few years and the work to bring the Greenway into the city centre continues at pace. The preparation work for the sustainable transport bridge from the Clock Tower to the North Quays is well underway and our hotels, restaurants, shops and bars are prepared to bounce back, providing vital jobs and services to our people. Our county has a bright future. Being Mayor can mean different things to different people, but to me it is about representing the people of Waterford in a professional, respectful and modest way. It is about being Mayor for everyone, no matter their political preference, gender, colour, heritage or religious beliefs. We are truly a modern multicultural society in Waterford City & county. I look forward to meeting as many individuals and representative groups as I can.”

Cllr. Kelly thanked all those who voted for him and extended particular thanks to his wife Frances, sons Jonathan and Fergal and his extended family. Well wishes were extended to Cllr. Kelly by various councillors, with well wishes also extended to the outgoing Mayor, Cllr. Damien Geoghegan.

Cllr. Geoghegan spoke of his honour to serve as Mayor. 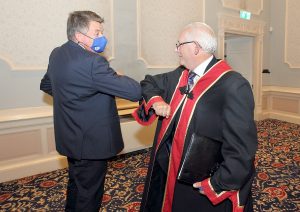 Outgoing Mayor, Cllr. Damien Geoghegan was among the first to wish Cllr. Kelly the best of luck.

“Today, I vacate the office of Mayor of Waterford. What an exceptional personal honour it has been for me to serve as First Citizen of this great county for the past 12 months. The support of my family and friends over past 12 months has been unstinting. We have the finest city and county in Ireland, and the warmest people in Ireland, and I was humbled to achieve the position last year. It’s been a most unusual year, and one I certainly won’t forget. My heartfelt thanks to to everyone who I met and spoke to during my term. My heartiest congratulations to my successor, Cllr. Joe Kelly, and I wish Joe the absolute very best and all the success in the world as Mayor. If I have one message for the people of Waterford, it would be to get involved. Becoming Major allows you to see the big picture in the great place that is Waterford. We have a thriving arts sector that needs real support. We have many organisations, societies and clubs that do an enormous amount for the betterment of Waterford. It is often too easy to sit back and let others do this work, but we would all benefit and get much more from life if we all too decided to assist, in whatever way we can.”

“I’d like to wish the very best to Cllr. Kelly for the year ahead. He will make an excellent Mayor of Waterford City & County. I’m absolutely honoured to be elected as Deputy Mayor. I’ve always had ambitions to do this and I’m looking forward to the year ahead. I will be there to help in any way I can. I look forward to visiting places across the county and I’d like to thank Cllr. Susan Gallagher for contesting against me. It’s important to see democracy in action. I’d like to thank all who voted for me, those who voted for me in the local elections. I will continue to work for my constituents and I would like to thank my wife Nora and my family for their support over the last seven years.”