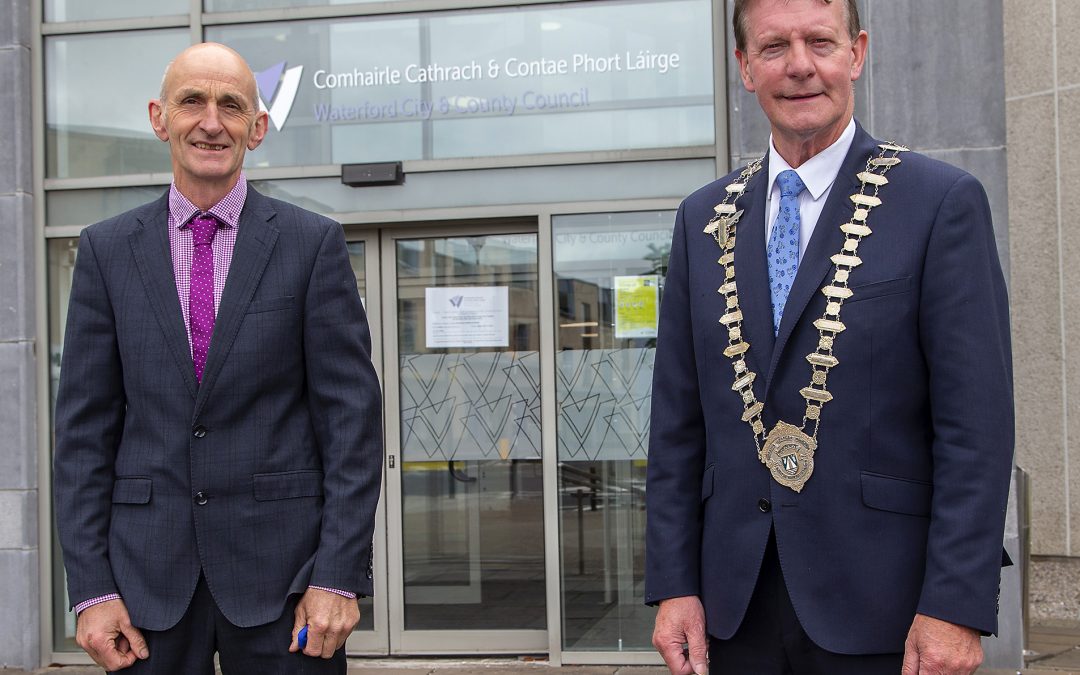 Cllr O’Leary (FF) has previously held the Cathaoirleach position and also recently served as Deputy Mayor of Waterford City & County Council in 2018/2019.  He was elected at the District’s AGM, which was held online last week, and takes over from Cllr Seanie Power (FG).

Cllr O’Leary was praised by his fellow Comeragh councillors who cited his political experience since his election in 2009 and his strong links with Waterford GAA. He was proposed for the position of Cathoirleach by Cllr Brazil and seconded by Cllr Power.

In his opening speech, Cllr O’Leary described the Comeragh District as “a unique part of this county” and praised the area’s natural beauty.

“As a Council and as elected members our aim must be to further enhance our towns and villages and ensure our rural communities are vibrant, robust and ready to face future challenges.”

Cllr O’Leary said housing supply remains a major challenge within the Comeragh Area, with a very high number of applicants on the Council housing list.

“The only pragmatic answer is that the government provides local authorities with the funding to build and provide much needed houses in our smaller towns and villages which has been a policy in the past,” he said.

“Serious changes will have to be made to our planning laws to enable more one-off housing in rural areas.”

While road infrastructure has improved in recent years, Cllr O’Leary says much needed investment is required in many local roads – some of which have not been strengthened and resurfaced for up to 50 years.

“Eventually this will cause many problems for our road users in the Comeragh Area and this needs to be addressed sooner rather than later,” said Cllr O’Leary.

“In the future I hope to see more traffic calming schemes being rolled out by this Council.   It is the responsibility of each and every one of us to make our roads safer and to reduce deaths and injuries.”

He reiterated the need to tackle illegal dumping, fly tipping and dog fouling throughout the Comeragh District.

“This behaviour adds enormous costs to our Council budget every year and is money that could be spent in a much more progressive way,” he said.

He went on to acknowledge the great work being done throughout the Comeragh Area by Tidy Towns’ volunteers and other community volunteers.

“It is great to see so many people having such pride and respect in the lovely area that we all live in,” he said.

Cllr O’Leary also referred to the County Development Plan 2022 – 2028. The draft plan was recently adopted by the Plenary Council and will now go out for public submissions.

“This is a proposed plan that will shape the future for everyone living in the Comeragh Area and throughout the County for the next six years,” he said. “I am encouraging people to read the draft proposal and to have their say on the many aspects contained in this document.  I am looking forward to reading the many submissions which I anticipate will be made and I will endeavor to represent the people’s views on this plan as best I can.”

Cllr O’Leary thanked Council CEO Michael Walsh and praised his work on driving the Waterford Greenway project. He also thanked Council officials and his fellow Councillors who he said he looked forward to working with throughout his tenure as Cathaoirleach.