There is no formal arrangement to deliver on any of the options presented in a Kilkenny County Council report which advocates the development of a third level campus in Kilkenny City according to the Higher Education Minister.
Speaking at the launch of a policy document outlining the case for a facility that would cater for 1,000 students in Kilkenny, Mary Mitchell O’Connor suggested that “a campus of the proposed Technological University of the South East (TUSE) is certainly a viable option worth pursuing. Kilkenny will fully explore the potential opportunities and will play its role in delivering a sustainable and appropriate educational offering that will play to the strengths of Kilkenny and the South East region”.
But in reaction to the report, WIT academic Dr Ray Griffin believes the proposal provides no threat to Waterford – or the rest of the region for that matter – and also runs contrary to the policy of the Government Minister Mitchell O’Connor is a member of. 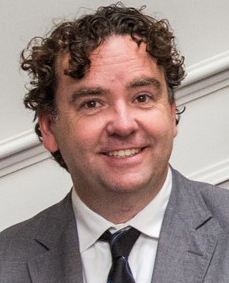 Speaking on WLR’s ‘Deise Today’, Dr Griffin stated: “Because Kilkenny’s not getting anything, Wexford isn’t getting anything, Carlow isn’t getting anything, nor is Waterford. This is actually politicians saying ‘no’. They turn up, they launch a report, they study things, they look into their hearts, but we’re a long way down the road when it comes to reports. It’s just another one on the shelf. Nothing will happen. I think it’s slightly unforgiveable that the Minister would come down and toy with us like this.”
How exactly? “Hand on heart, she said before she came (to Kilkenny) that there’s no money and it’s also against Government policy to create micro-campuses. We’ve a long history in this country of small micro-campuses not working.” Dr Griffin cited the rise and fall of the Tipperary Institute inside 20 years, which has since been subsumed by Limerick IT as proof of such an assertion.
Speaking to The Munster Express on April 6th, WIT’s Vice-President for Strategy, Richard Hayes, said there were no plans in place to create a new campus-scale facility in Kilkenny as part of the WIT/IT Carlow bid for TU status. And the report launched by Kilkenny County Council on Monday last does not contradict that, referring to the TUSE as one of several “options (that) should be explored”.
According to Dr Hayes: “When you’re talking about Kilkenny, you’d be talking about a greenfield site, but where would the students (for a new campus) come from? The students we’re talking about are already going to one or the other existing ITs, so are you going to start moving students from one place to the other and then making those courses less viable in one location or will they be moved somewhere else. We already have a footprint in Kilkenny, Kilkenny is part of our thinking, as is Clonmel, as is Carrick-on-Suir, as is Dungarvan – they’re all part of the equation.”
The proposed facility in Kilkenny was a cause of concern for Waterford City & County Councillor Eddie Mulligan (FF) who believes a “thinly spread out, diversified campus model, is likely to discourage investment into the region. The South East has to pool its resources in order to compete. rather than distributing investment in a manner that will not create impact”.
Launching the report, Kilkenny County Council Chairman, Cllr David Fitzgerald (FG) stressed that it was important to “keep an open mind on what would work best for Kilkenny”. He suggested expressions of “general support from Waterford IT and IT Carlow for our Report” but no formal statements from either Institute were issued to media suggesting as such over the past week.
The report has identified the city’s Abbey Quarter (the former Smithwick’s Brewery) as the preferred location for a third level campus.