Knock out for Waterford boxing spectacle • Lack of venue and spiralling insurance costs mean
professional boxing event may be scrapped
• Boxing star Rhys Moran ‘devastated’ ahead of pro debut
Plans to stage a high-profile professional boxing tournament in Waterford may have to be scrapped due to difficulties in securing a venue and spiralling insurance costs.
The hugely successful ‘Ring Kings’ was staged at WIT Arena in February 2018 and was the first professional boxing tournament in Waterford for decades.
Many local boxers regarded as rising stars performed on the night and, due to the event’s success, it was hoped that ‘Ring Kings 2’ would be staged later this year.
However, unsuccessful attempts to secure a venue, and high insurance costs, mean plans may have to be scrapped. 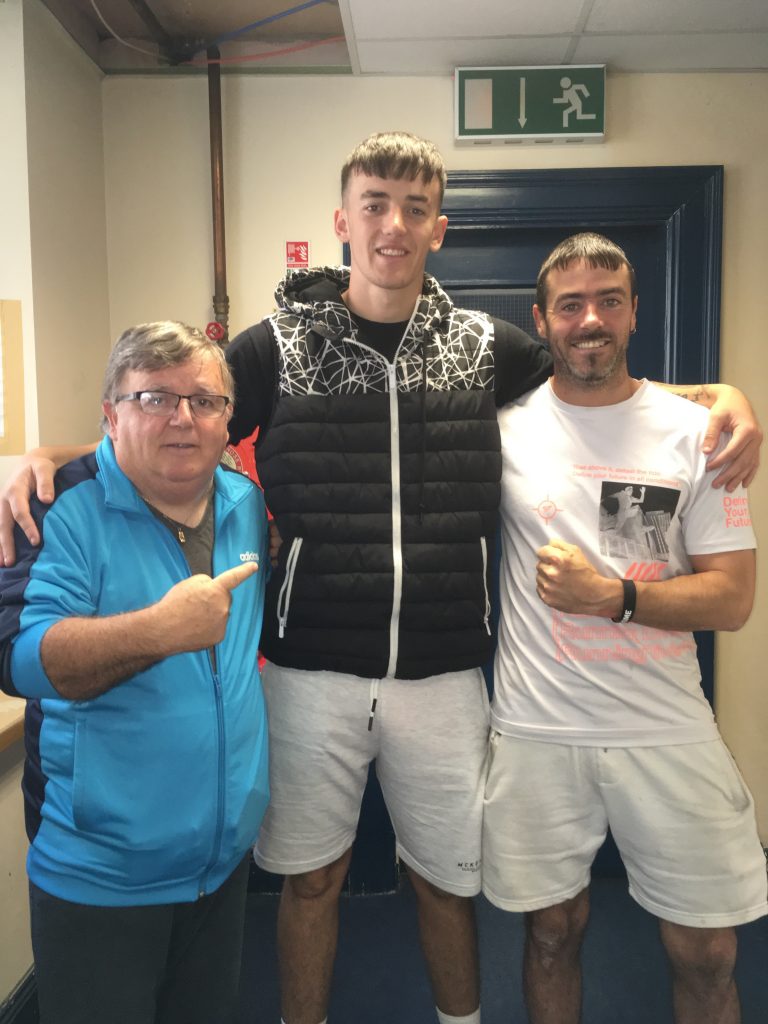 Local boxing star Rhys Moran who was due to fight in the event, in what would have been his professional debut, says he has been left devastated and disheartened.
Rhys has pointed out that it takes huge discipline and courage to step into a ring and has spoken out about the reputation which he feels his beloved sport is unfairly tarnished with.
The talented Waterford boxer says he has put his life on hold to achieve his dream of making his professional debut. “I’ve dedicated my whole life to training every day. To be told that it’s not going ahead is very upsetting,” he said.
“All you do is eat, sleep and train, you forget about everything else. I was really getting the buzz. This would have been my professional debut in my hometown. For me, that would be like fighting for a world title in Las Vegas.” The uncertainty surrounding the event has deflated the talented boxer. “It’s like the hurlers or soccer players not being able to play at Walsh Park or the RSC,” he said. “People involved in combat sports have huge discipline but, for some reason, it’s like a dark cloud forms over boxing,”
Rhys, who boxed with St Paul’s Boxing Club and amassed numerous titles as an amateur, is thankful for boxing and the impact that it has had on his life, saying he knows may people who have “gone down really bad roads”.Now training under Steve Collins and aiming for his professional debut, he is widely regarded as ‘one to watch’.
Organsiers of the planned event believe there is a reluctance among local venues (indoor or outdoor) to host a professional boxing show.This has resulted in a local kickboxing coach calling for a dedicated venue to be created in Waterford City which would cater for such sports.