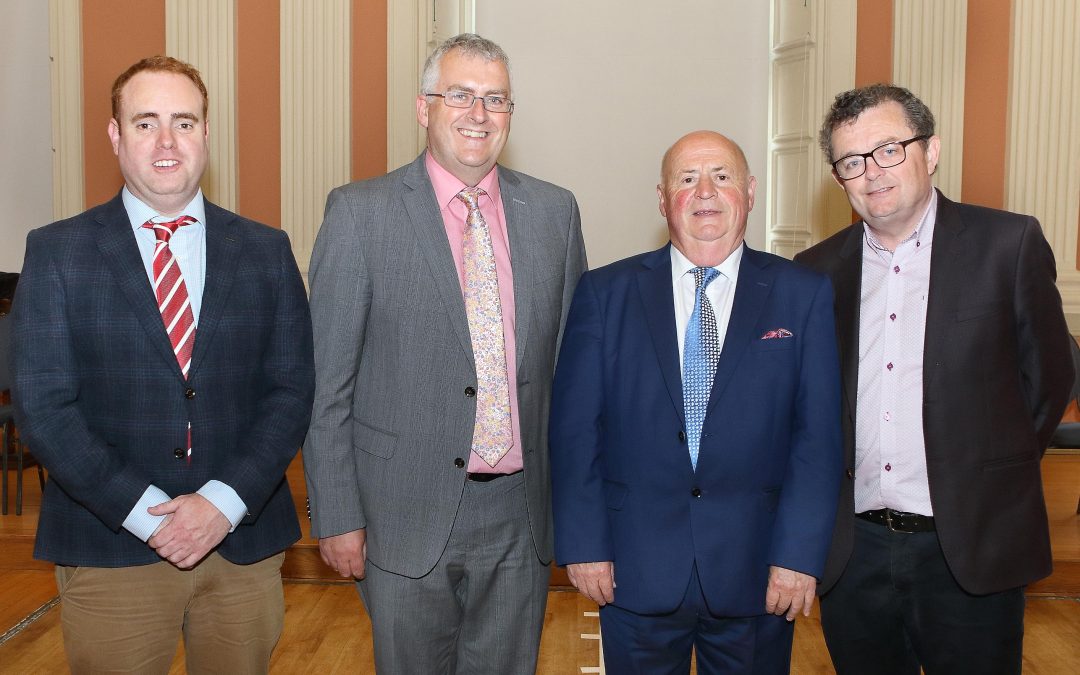 Eoghan Dalton Reports
It was a “new chapter” for Waterford politics at City Hall on Friday last – but also an ill-tempered one. The long tradition of pacts featuring either Fianna Fáil or Fine Gael, or sometimes both, was broken last Friday when a so-called progressive alliance featuring Sinn Féin, Labour, Greens and Independents took control of the City and County Council.
It saw Lismore Electoral Area’s Cllr John Pratt (Lab) elected to wear the chain of Mayor of Waterford by the alliance. He defeated Cllr Damien Geoghegan (FG) by 17 votes to 14.
Mayor Pratt had the support of his colleagues among the alliance including its five Independents, Cllrs Davy Daniels, Donal Barry, Joe Kelly, Joe Conway and Seamus O’Donnell. Cllr Geoghegan was backed by Fianna Fáil and his own party. Labour’s Seamus Ryan was elected Deputy Mayor. It is understood that after Cllr Pratt serves his term, the chain will be make its away around the shoulders of two Sinn Féin members as well as two Independents.
Cllr Matt Shanahan (Ind), elected on the back of his work campaigning for 24/7 cardiac care, was away for the meeting. It is understood he is not siding with either of the large groupings, despite continued speculation he may join Fine Gael. 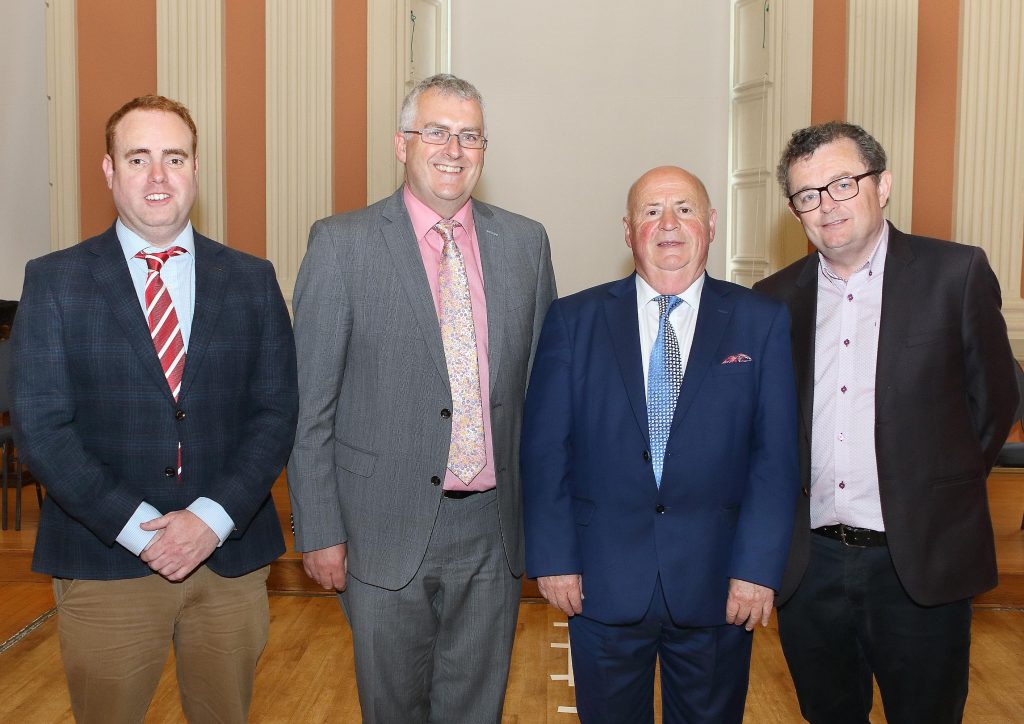 Sparks soon flew, however, with the new Mayor singling out Fine Gael and Fianna Fáil Councillors for regular heckles during the meeting. The Mayor said they were “childish” and “politics at its worst”. He went on, “This is why people are very despondent and why wouldn’t they be?”“I’m very, very disgusted to be honest with you,” Mayor Pratt told media after the meeting. He added that he was unhappy that on “one of the proudest days of my life, to be here talking with you about the carry on in the chamber”.“I hope people see it for it is, it’s just absolutely disgraceful,” he continued.Meanwhile, Cllr Geoghegan said the progressive alliance was already showing signs of weakness.
“What we’ve seen here… was purely shambolic I have to say. They were unable to actually assert their control over the Council, I mean, we were completely outnumbered.
“I also thinks it’s fair to say that during the course of their wo week talks, that they had offered positions to one another and guaranteed positions to one another, so I think it’s an inauspicious start.”However, the new Mayor hit out at Fine Gael and Fianna Fail, saying there was a lack of cooperation from them in setting up the new council.It had been hoped that all councillors would support the D’Hondt system which would have seen positions divided equally among all parties rather than a majority ruling through a pact.Instead, negotiations failed after what the alliance claim was a “refusal” on the part of Fianna Fáil and Fine Gael to engage with the talks. “We were very honourable throughout the whole process,” Mayor Pratt told media after the meeting. “And I know as the Labour Party we were constantly trying to get everyone involved to make this an all inclusive council.”
Newly elected Cllr Conor McGuinness (SF) hailed the formation of a Progressive Alliance on the Council: “Sinn Féin has for years proposed the implementation of the D’Hondt System for the election of Mayors and Deputy Mayors to ensure fair and equal representation and for inclusivity in formulating council budgets. Fianna Fáil and Fine Gael declined the opportunity to participate in such an arrangement.“Sinn Féin is now the lead party in a new Progressive Alliance with Labour, the Greens, and Independents. Sinn Féin will use our influence to ensure that Waterford progresses and builds on the work of the previous council. We will argue for fair budgets that put working families and small to medium sized businesses front and centre.
“Today marks a new chapter in Waterford’s political history.”