Lack of Gardaí on the Beat raised at the Commission

A concern about a lack of visible Gardaí on the beat was the main takeaway from a meeting held in Waterford city last week looking at law enforcement.
The Commission on the Future of Policing was established last year by the Government to develop a blueprint for policing throughout the country. It is tasked with undertaking an independent, comprehensive examination of all aspects of policing in Ireland. 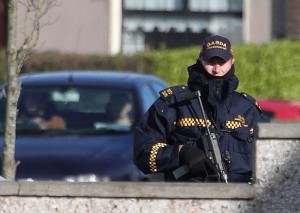 Waterfordians referenced the lack of visible Garda presence during last week's visit to the city of the Commission on the Future of Policing. | Photo: Noel Browne

Chairperson, Kathleen O’Toole said the Commission wants “to stimulate a genuine national conversation on the future of policing in Ireland”.
Waterford was the last stop for the group, having visited Letterkenny, Galway and Dublin in recent weeks. Dr Vicky Conway, the author of numerous studies examining policing, said: “Everywhere has its own perspective on policing. From what we’ve seen people want more support for guards, particularly with the community guards, and a lot more visibility is wanted too. But people really do see that their community guards are invested.”

One of the outside commissioners is Tonita Murray, who worked for decades in the Canadian police force before becoming a government advisor in Afghanistan. She said there was a variety to the groups who spoke with the Commission last Thursday night in City Hall.
“We had people from the Joint Policing Committees, councillors from a broad political perspective, people from neighbourhood watch groups and also people who’ve lost family to road traffic accidents and who now want to make their voice heard around the enforcement of road traffic laws.”

She added: “People here have talked about how at one time there were good community guards, and that’s deteriorated over the years. That contributed to community wellbeing . . . People aren’t as deferential as they would have been before, which is not to say that being deferential is a good thing. But people do question more and they expect more, too. Society has become so very complicated and everybody fears they are losing their bearings. So a very strong Gardaí presence can return some of that stability. It’s emotional as much as anything,” said Ms Murray.