LEGALISING DRUGS "NOT THE ANSWER"

Ex-Mountjoy Prison Governor rejects calls for liberalisaion
The legalisation of drugs should not form part of any long term strategy devised to resolve a crisis that is now blighting ‘practically every community in the country’. That’s the view of former Mountjoy Prison Governor John Lonergan, who was invited to Carrick-on-Suir as part of the community’s response to a series of drug-related tragedies that have devastated several local households. Stressing that the issues facing the Carrick community are being replicated in Waterford, Kilkenny and elsewhere (“what you’re going through here is far from unique”), Mr Lonergan stated: “I am totally opposed to the decriminalisation of drugs – absolutely and totally – and I’ll die holding that view.” 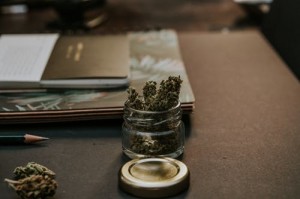 John Lonergan told a gathering at Saint Nicholas’s Church: “I would never be part of any society that would say to young people, ‘go ahead, take whatever you want, we’re all okay with that’. We should never accept a situation that we could tell anybody, at any age for that matter, that it’s acceptable to take a mood altering substance, therefore suggesting that there are no consequences to taking substances of that kind. Any mood changer is not normal. But nor can we accept a situation where, as a society or a community in any part of the country, that an of us would oppose the provision of local services for those who are addicted to drugs. We should not and cannot turn our backs on those who, in many instances, are our own people. And this must be part of a co-ordinated response: communities must engage in creating positive outcomes for addicts. We cannot make one community’s issue someone else’s
John Lonergan also stressed the importance of language in discussing drug users themselves. “You know, you might have someone saying ‘there’s 20 addicts down there’, but the thing is, and this is what we cannot lose sight of, there are 20 people down there who are addicted to drugs. We forget that these are people we’re talking about, and we do that by dehumanising them and putting labels them. Always remember, these are human beings we’re talking about. Whenever I speak to young people, I tell them that I’ve met hundreds, indeed thousands of people who are addicted to alcohol and drugs and the one thing I can say about all of them is that I haven’t met one happy addicted person yet. And that amazes a lot of people; sure they’re high, they must be delighted with themselves. That’s not been my experience in any way, shape or form.”
Mr Lonergan said that the steps being taken in Carrick-on-Suir in the wake of recent drug-related tragedies, were a source of great encouragement to him. “You have shown a determination to do something and that is a massive step forward,” he said. “Because we can do something about it and you have to believe you can do something. As Gandhi said, you will not beat the will of the people and if you are there for the long road and if you see this out until the bitter end, you’ll succeed. Now it’s not going to happen overnight. I’m going to tell you that you could be 10 years working away at this before you bring around that ultimate change in the town that will change things for the better and make life so much better for so many families and, in turn, the wider community. This will be a long road, but what you must commit yourselves to, as a community, is to stick with that long journey. And why? Because you know at the end, you’ll get to the rainbow and that Carrick will be much richer as a result of your actions – and it will be worth it. You’ll have to sick with and you’ll have to believe. And if you stick together as a community, you can’t fail – you won’t fail.”
Mr Lonergan called for the commissioning of “a piece of research” specific to the Carrick-on-Suir area as part of the community’s determination to resolve the local drugs issue. “This will assist in establishing what exactly is the reality: so that you as a community can equip yourselves with the facts when it comes to finding out if what you have here is either a problem or a much bigger crisis. To find out the ages of those taking drugs, how they’re getting them, what they’re taking and, most importantly, why they’re taking drugs: all of this will help you to get the facts, and once you have those facts, then you will be in a position, collectively, to establish a strategy that you can present to the drugs task force in local government – for the short term, middle term and long term – and say, here’s what we’ve found out, this is the state of play in Carrick-on-Suir and that we’d find out even more if we were funded. For me, this is a top priority and you should get this done as quickly as you can.”
He added: “Think about the four, five and six-year-olds in Carrick today and look 10 years down the line from now. Do you want to be able to say by then that you have given them the best possible opportunity of saying ‘no’ to drugs or do you want them to be doing what, unfortunately, the 15 to 20-year-olds of today have gotten involved in? Of course you don’t. None of us do. But if you don’t do something about it over the next 10 years, then I’m afraid things will not change without the will and the action being there to bring that change about.”