'Living in Terror' in Lismore Park 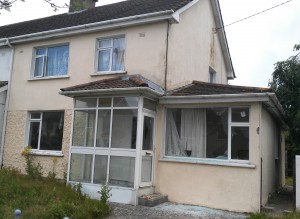 A GROUP of residents in Lismore Park say they are “living in terror” as a result of activities in a vacant house in the city estate.
Number 86, Lismore Park is acting as a “sanctuary” for anti-social behaviour, according to Cllr Jason Murphy (FF) who lives in the area.
“A group of juvenile delinquents are making life hell for residents in that particular area of Lismore Park,” he said.
He described the house (which is now under the ownership of a bank) as “a centre for all kinds of anti-social behaviour”.
“They more or less have a sanctuary to carry out their deeds. A lot of elderly people in the area are now living in terror,” he said.
One local resident who spoke with The Munster Express said she now feels intimidated in her own home.
The resident, who is a pensioner and did not wish to be named for fear of reprisals, said problems have been ongoing for a long time.
However, she says issues have escalated in the past two weeks.
She said many of her neighbours are “terrified” of approaching the group which frequents the vacant house on a regular basis.
“We love our area and I love my home,” she said.
“But I would leave and go somewhere else if I had somewhere to go.”
The concerned resident said she shouldn’t feel that she has to leave the area in which she has lived for almost fifty years.
Cllr Murphy raised the issue of 86, Lismore Park and other such vacant properties at both this month’s plenary and Metropolitan District meetings of Waterford City & County Council where he outlined the difficulties of dealing with such sites.
“With such properties, it’s extremely difficult to find out who the owner is. The common refrain is ‘it’s in the hands of the banks’. Once you hear that, there’s not a lot you can do,” he said.
Cllr Murphy described such sites as “havens for anti-social behaviour, drug taking and squatting”.
He said he is hopeful that the bank will co-operate in relation to 86, Lismore Park and that a solution can be found to the problem.
Along with representatives from the local residents’ association, he has spoken with Waterford City & County Council officials to highlight the issue.
He said boarding-up the house would be a short-term solution, but not ideal in the long-term.
Cllr Murphy says there is a “disturbingly high” number of vacant houses in Waterford which he described as “unacceptable”.
“Considering the demand for housing in Waterford, the current situation with regard to vacant properties is unacceptable. Over the last number of years I have noticed a disturbingly high number of vacant houses, which have fallen into disrepair and dereliction,” he said.
However, he has welcomed Waterford City & County Council’s recent Repair and Leasing initiative announcement.
“As many dwellings requiring refurbishment are located in city centre areas this scheme offers an opportunity to address serious dereliction problems in our city while at the same time simulating the local economy, particularly smaller builders and associated professional services,” he said.
“The scheme offers landlords the opportunity to secure long-term leasing from the council. The council will provide suitable applicants with a substantial grant covering the cost of repair works making the house suitable for letting to approved local authority tenants. This repair grant is then repaid to the council over the life span of the lease agreement.”
Cllr Murphy described the scheme as “a practical cost neutral solution which is long overdue”.
He has called for the scheme to be part of a “multifaceted approach” and says he will seek further information regarding the proposed 50 unit housing scheme for the Slievekeale area.
“The fastest and most efficient way to solve the housing crisis is for the Government to provide the required funding enabling local authorities to build more homes. Clearly the recently announced 50 unit housing scheme for Waterford is only a drop in the ocean,” he said.