A 26-year-old man was remanded in custody by Waterford Circuit Criminal Court last week, after he pleaded guilty to providing funding for Islamic State and attempting to collect or receive funding for the group.
Hassan Bal with a former address at O’Connell Street, Waterford, pleaded guilty to two separate terrorist related offences. 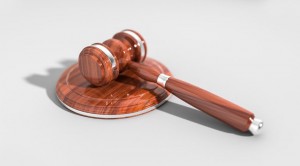 Bal first pleaded guilty to unlawfully transferring €400 by means of an An Post/Western Union transfer to Stevo Marksimovic in the city of Brako in Bosnia Herzegovina on October 2nd, 2015.
The charge alleges that he did this intending or knowing that the money would be used in whole or in part for the benefit of Islamic State. He also pleaded guilty to a second charge that on October 23rd, 2015 he communicated by phone with an intermediary in north-west London in an attempt to collect or receive cash for Islamic State.
Judge Eugene O’Kelly extended free legal aid for the defence to enable “an expert, independent report on radicalisation”. Bal was remanded in continuing custody to appear in court again on April10th next.