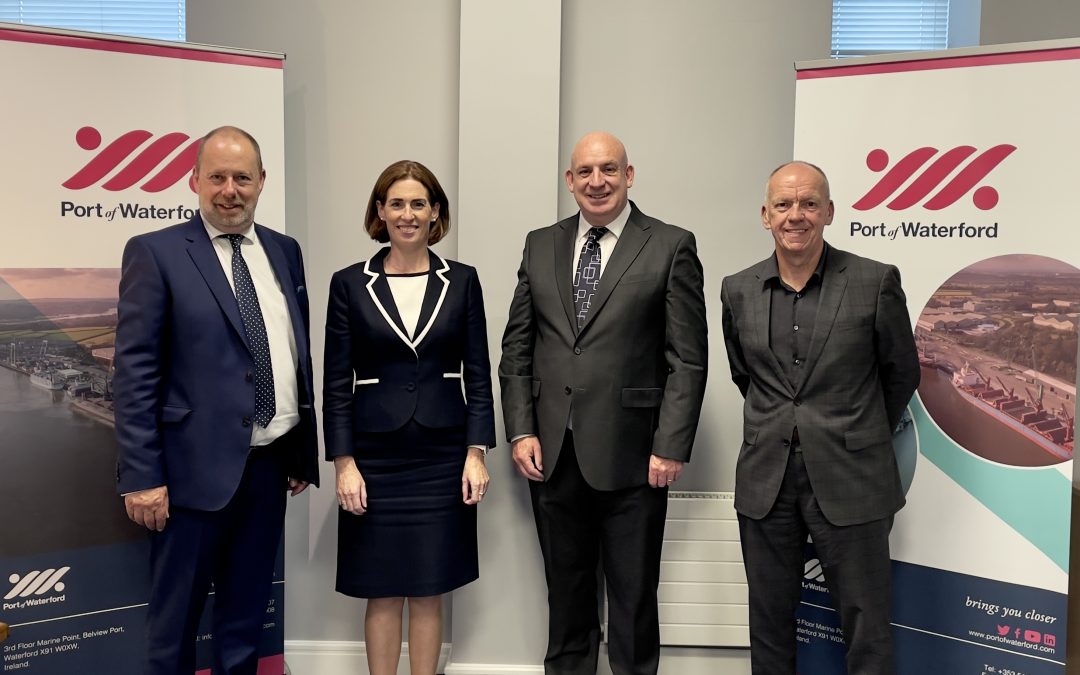 Minister of State Hildegarde Naughton T.D. visited the Port of Waterford on September 7th.
The Minister’s visit to Waterford came at an opportune time to catch up on progress with the Port’s
masterplan projects. Port of Waterford’s first formal long-term infrastructure plan was finalised in
2019. Since then the Port has been busy conducting further environmental, ecological and
engineering studies as needed to support the applications for planning consent which are due for
submission in early 2023. These projects include berth and capacity extensions plus river training
works to reduce dredging requirements, thereby improving port access and delivering cost and
carbon footprint reductions.
The Minister also heard about Port of Waterford’s Green Agenda. The Port will play a significant role
in handling wind turbines for the onshore wind industry over the coming years and supporting
offshore developers&#39; operations and maintenance needs. Furthermore, Waterford, with its load-on-
load-off capacity and expertise, will play a central role in the expansion of rail freight activity as
envisaged in the Irish Rails Rail Freight 2040 Strategy. The Minister also saw the Port’s extensive
electric vehicle roll-out and other plans for the decarbonisation of port activities. 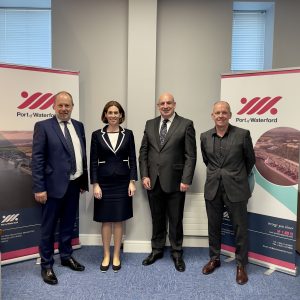 Port Chief Executive Frank Ronan took the opportunity to show the enormous investment that has
been made in Belview over recent years, underpinning the impressive increases experienced in bulk
throughput and supporting new activities within the circular economy. Cruise activity was
highlighted together with investments within the estuary to benefit the local community. Finally,
Frank Ronan and Chair Des Whelan, who are both completing their terms of office later this month,
took the opportunity to introduce incoming Port Chief Executive David Sinnott who will join the
Company on 1st October.