More N25 fears after mother and children involved in near miss 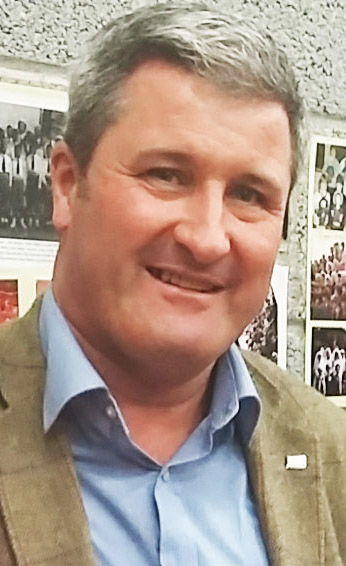 Eoghan Dalton Reports
People will be killed on the N25 in South Kilkenny if the road isn’t improved according to a local Councillor.
Slieverue-based Cllr Ger Frisby (FF) recounted a phone call he received on Halloween night last in which a woman told him of a “near miss” suffered by her and her children while she was taking a right-hand turn off the N25 to Ringville, near Slieverue. “This woman rang me, shaking. She was taking the right-hand turn when a car came along and took her wing-mirror off,” he told the Munster Express. 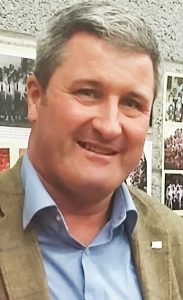 Local Councillor Ger Frisby fears people may be killed before improvements are signed off for the N25 in South Kilkenny.

“She thought herself and the three kids were going to be killed.”It was not the first time this woman had aired her fears: “I remembered canvassing her in May for the elections. “She said it to me at that time and that she was only echoing the views of all the people along that road, that they felt someone was going to be killed.
“In relation to right-hand turn-offs on the N25, the Rhu Glenn, Ringville, Rathnure, down to Glenmore – they’re deadly. “People are going to be killed there if something is not done.”He added that there is room on the N25 between Slieverue, the Rathpatrick roundabout and the Glenmore roundabout to have a turning island to allow for motorists to pass each other with greater safety.
Several fatalities have taken place on the N25 in South Kilkenny in recent years. The road is under the auspices of Transport Infrastructure Ireland (TII) which did meet with South Kilkenny Councillors two years ago to discuss improvements, but no meeting has taken place since. Council officials in the Piltown Municipal District have committed to trying to arrange a further meeting with TII.
Cllr Frisby admitted to feeling “guilty” about the situation: “I’m an elected representative. I knocked on her door in May and I remember her and her kids and she said to me that day, that somebody is going to be killed
“I don’t want to be just fobbing them off but all I could tell her is go into the Gardaí and report it, because it’s a near miss and that’s what they have to have on their system. But that’s not good enough.”
He noted that the N25 stretching through mid-county Waterford towards Cork has also seen several deaths and injuries take place over the years, with the Carroll’s Cross junction near Kilmacthomas labelled a “death-trap”.
Last summer Waterford City and County Council chief executive Michael Walsh told elected members that the “ultimate solution” for the road in Waterford is to upgrade it to a dual carriageway instead of focusing on specific junctions.
“They’re all mirroring themselves across the whole board,” Cllr Frisby said. “TII has to be able to listen to the voices on the ground locally and not be waiting on Garda reports. “You nearly need to have someone killed before they make a change to a road.“TII need to pull the finger out and get going on it.”