RETAIL giant Marks & Spencer is seeking a location in Waterford.In a Sunday Independent interview, Ken Scully, country director of the group’s Irish operations, confirmed that M&S has expansion plans for new stores in Ireland despite the challenges of the Irish market. In May, it emerged that M&S is set to close 100 stores in its group by 2022.However, none of its Irish stores are set to be impacted. In the newspaper interview, Mr Scully confirmed that M&S is close to signing a deal for a premises in Limerick and is also targeting a location in Waterford. 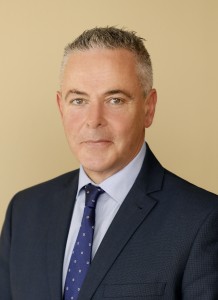 “Waterford is a place that we would look at. Any big population centres where we are not in at the moment, we would look at trying to get in,” he said.”We want to grow the food business,” said Mr Scully. “We think there’s a great opportunity here in Ireland. We think the Irish customers love our food so it’s a question of getting the right number of stores and getting them as quickly as we can.” He added: “We will continue to lower prices across our range to become more relevant to more customers and enable them to enjoy our fantastic food.”
M&S opened a substantial food hall in the Omni Shopping Park, Santry in late 2017 and has plans for several more food stores.
Mr Scully said that the Irish market is very competitive.”With stronger price competition in the Irish food market as compared to the UK, I believe that consumers in general are more value-conscious in Ireland making it a more challenging market,” he said.Speculation has abounded for many years in relation to a possible M&S presence in Waterford.It’s not clear if the North Quays is being viewed as a potential site. However, an in-depth article on the €350m project in the most recent edition of the Sunday Times points out that if the Alhokair group can bring M&S to Kazakhstan “then it surely could find enough tenants for a shopping centre, or two, in Waterford.”