“If something’s troubling you, please get in touch.” 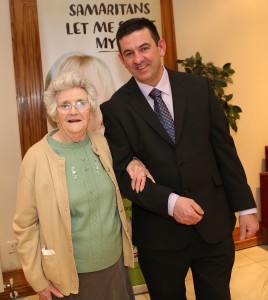 Some 210 delegates attended the annual National Samaritans Conference which was recently held at the Tower Hotel, coinciding with the 40th anniversary of the Waterford Centre’s establishment.
The Conference addressed a range of issues, including additional training support for volunteers to enhance their respective skill sets when it comes to handling calls with clients, who may be encountering deep personal distress in their lives.
In-house training was provided at the Conference via a range of workshops and seminars, with the event officially opened by City & County Mayor John Cummins (FG) and Comeragh District Chair Liam Brazil (FG), who is a passionate advocate on a range of mental health issues.
Among the charity’s recent innovations has been the establishment of a new National Freecall Number, 116123, with recently released figures revealing that the Samaritans has answered 1.2 million calls since the number became free with the support of telecommunications firms two years ago.
This groundbreaking partnership with Ireland’s six largest telecommunications providers – BT Ireland, eir, Virgin Media , Vodafone, Sky Ireland and Three through the Telecommunications and Internet Federation (TIF) made it possible for Samaritans to launch the new line back in 2014. And the industry has now committed to continue its support for the helpline until 2019. 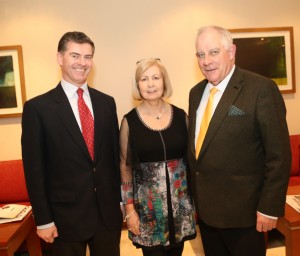 The charity believes that removing the barrier of cost has made it easier for people to access support as they no longer have to worry about call charges.
The risk of dying by suicide is five times greater in the lowest socio-economic group compared to the highest, so the financial implications of accessing help are significant.
In fact, calls to the helpline have increased by almost 60 per cent since the freecall number was launched and the charity is now answering over 1,600 calls for help a day.
Said Samaritans Ireland’s Executive Director Catherine Brogan: “Everyone has moments in their life where they struggle to cope and for some this can lead to feeling hopeless and losing sight of being able to work through their problems. We know that talking can really help people to see a way through and we would encourage anyone who is struggling to call Samaritans.
“Developments in telecommunications have always played an important role in making it easier for people to contact us when they are struggling. It is fitting that it is the support of the telecommunications industry which means that we can offer support to people who are struggling to cope at any time of the day or night at no cost to the caller.” 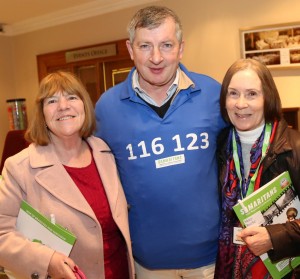 Ms Brogan added: “The volume of calls to our helpline continues to grow year on year. The industry’s continued support means that we can focus on being there for people who need us and reducing suicide in Ireland.”
Clients can present, predominantly by phone but also in person, as some choose to do at the Samaritans’ Waterford Centre, located at 16, Beau Street (open daily from 9am to 9pm; 116123; 051-872114 – local charges may apply) or via email to jo@samaritans.org.
Clients present a range of personal problems to volunteers, including suicidal thoughts, relationship difficulties, financial problems, bereavement, gambling, exam stress, etc.
And according to Waterford and South East Samaritans’ Director Anthony Hamilton, rural loneliness has become a “new social phenomenon in recent years”, coinciding with the closure of pubs, post offices and Garda Stations, which has led to a reduction in faced-to-face interaction on a daily basis for many.
Mr Hamilton said he was “immensely proud” that the Waterford and South East Branch had hosted the annual Conference, which also brought a welcome spend into the city and wider area. 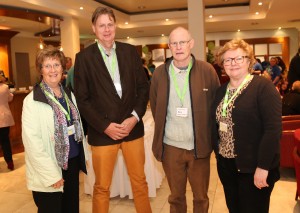 The Samaritans are involved in ongoing promotion and in recent times its works have won public support from former Munster and Ireland rugby star Alan Quinlan as well as ‘Voice of Ireland’ judge and mental health campaigner Bressie.
It now makes its presence known at annual events such as the Electric Picnic, the Galway Races, the Bealtaine Festival (celebrating its 21st anniversary this year) and the Lisdoonvarna Matchmaker Festival.
It also runs a Schools Outreach Programme with Fifth and Sixth Class pupils at Primary level, then takes that work into Post Primary and also has a presence on the ground at WIT.
Established on the island of Ireland in 1962, with the first branch opening in the Republic in 1970 in Dublin, there are now 20 Samaritans branches across Ireland, North and South, with 2,400 active volunteers.
The charity has produced a short video showing the development of the service in Ireland which can be viewed online at www.samaritans.ie/journey