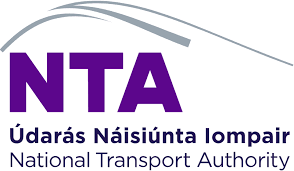 The beleaguered bus service for Dunmore East, Passage East and Portlaw was granted an 11th hour reprieve this week when it was announced that the National Transport Agency will provide a service to those areas following the closure of local company Suirway Bus.

The announcement comes following the decision of Suirway Bus and Coach Services Limited to not renew their licenses for the routes. An emergency replacement service will be provided from November 1st when Suirway ceases operation. The news was announced by Minister for Mental Health and Older People, Mary Butler.

“I am delighted to announce that the NTA has now determined that there is a public service obligation to serve local transport demand from Portlaw, Dunmore East and Passage East into Waterford City,” she said.

“The potential gap in services following Suirway’s recent announcement was a major cause of concern for the people of Portlaw, Dunmore East and Passage East. I am encouraged that the NTA have engaged with me on this matter and immediately recognised the importance of service provision for the people of these communities,” said Deputy Butler.

“Many people use the service. From school goers to older people travelling into the city, up to 15,000 people would have been affected had there been a complete loss of service,” she concluded.

Minister Butler continued, “The NTA has confirmed to my office that as a result of this determination, funding will now be sought to enable the NTA to award contracts for the provision of emergency replacement services from the 1st of November 2022. Work will also be progressed to enable the NTA to procure the provision of services into the future.”

The Minister concluded by saying the many patrons of these routes, from young school goers and college students to older people travelling into Waterford for medical appointments and other business could be reassured by the announcement.