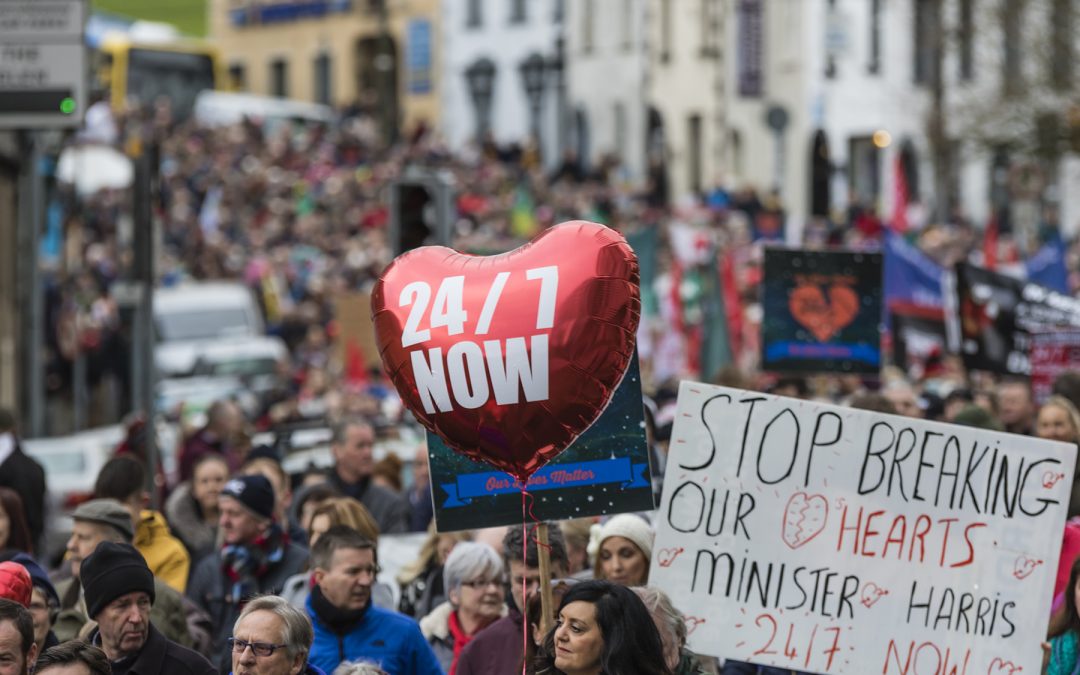 Eoghan Dalton Reports
A new date for a cardiac campaign march in Dublin has been set for Saturday, April 13th. However, the announcement has been overshadowed by one campaign group’s claim that other groups are “blatantly disregarding and virtually ignoring” it in negotiations.
A previous scheduled for to take place last weekend in Dublin was called off by organisers as campaigners were concerned that a housing and homeless rally taking place the same day by Dublin-based organisations would mean they would get crowded out by the larger protest. 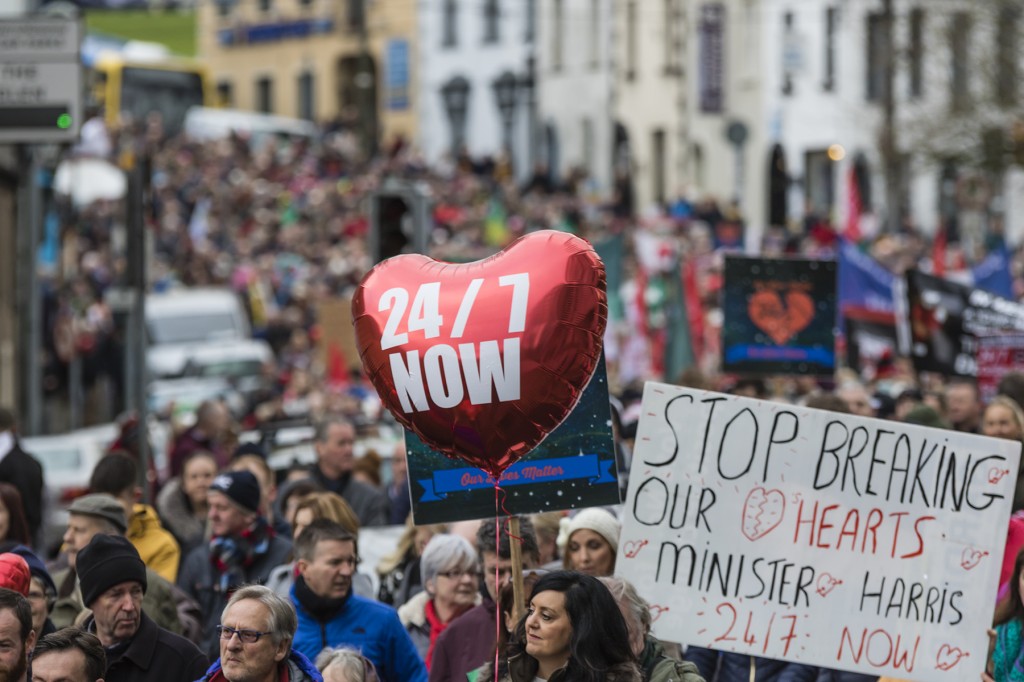 But the South East Patient Advocacy Group (SEPAG) has criticised other groups for what it describes as failing to show unity, suggesting a different date in June for a protest. Its statement reads: “Despite our requesting unity within the campaign groups it is with much disappointment that once again we find we have not been consulted and a proposed date for the follow-on march in Dublin has been decided and agreed without any consultation with SEPAG.“On being informed of the agreed date SEPAG voiced significant concerns about the proposed date and route but once again we were not afforded the courtesy of any round the table talks with all the relevant campaign groups and our concerns were blatantly disregarded and virtually ignored.”
The group goes on to point to previous organising efforts for Dublin demonstrations and expresses concerns about whether the April 13th march will have the “maximum impact”.
“It is for this reason that we believe both the date and route are vitally important to ensure that we achieve maximum impact and we also give people ample time to organise themselves to ensure we have a good turnout on the day in question.
“Had we been consulted, our planned route is to march down along The Quays from Heuston Station sometime in early June to coincide with the publication of the National Review which we understand is due to be released towards the end of June. Standing outside an empty Dáil on a Saturday afternoon will have little or no impact at all whatsoever.”
“We will have one shot at going to Dublin and it is imperative that we get this absolutely right and for this reasons we are once again calling on the other campaign groups for 24/7 to work transparently and constructively with SEPAG to ensure that the protest is a resounding success and we secure 24/7 cardiac care when the National Review is published,” the statement adds.
A previous statement from the end of February from the group said it feared that its “people-led campaign ethos that we have always endeavoured to adhere to…is no longer being respected. Our fear is that with the upcoming elections looming that this campaign may be used for political gain”.
It’s understood the April date was settled on by the Waterford Council of Trade Unions, Health Equality for the South East ( HEFSE) and 24/7 Cardiac Cover for the South East as a way of putting the pressure on political parties ahead of May’s Local Elections and also because of a concern that a June protest date could result in the campaign losing momentum.
The issue was put under the national spotlight again on RTÉ Radio One over the past week. According to a statement by Waterford Oireachtas members last month, the HSE is now ready to appoint a Design Team for the project and has been identified as a ‘priority’ within the new Capital Plan for 2019 by Minister for Health Simon Harris and the HSE. The new lab, which will cost €4.9 million to construct and fit out, will have the capacity for both diagnostic and interventional work and will be constructed over the existing ground floor Cardiology Department. The plans include the construction of a new recovery/day ward adjacent to the second lab.