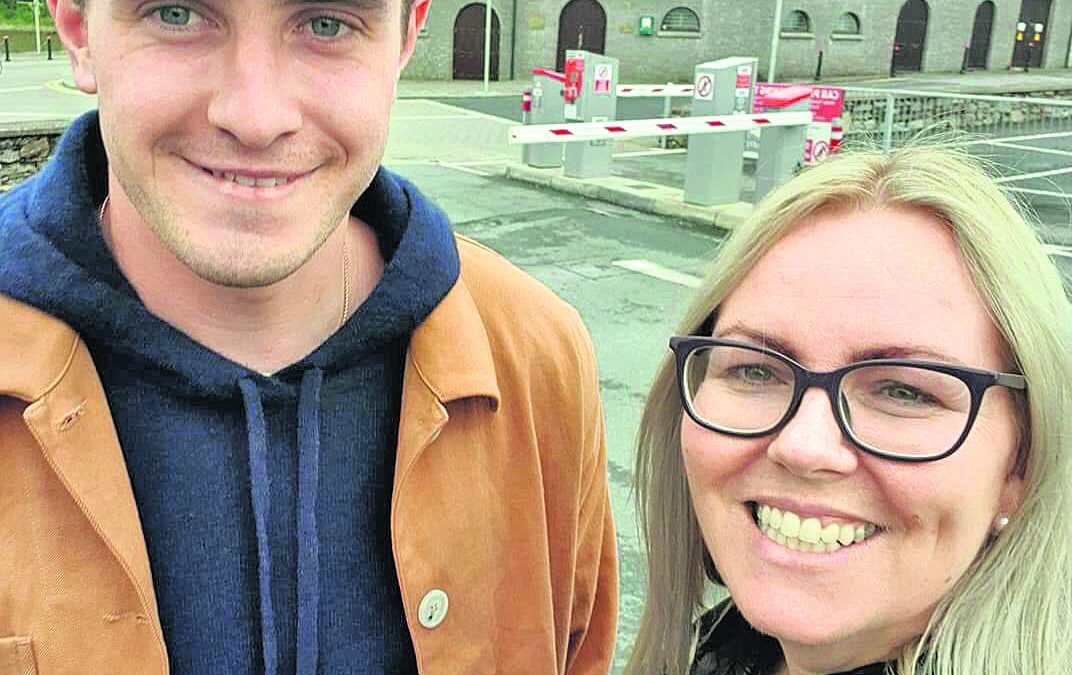 Fans of hit RTÉ and BBC series ‘Normal People’ couldn’t believe their eyes over weekend – as the show’s star Paul Mescal wondered along the streets of Dungarvan.

Mescal, who plays Connell Waldron in the popular screen adaptation of Sally Rooney’s novel, has been snapped regularly in West Waterford over the past few days, with fans stopping for photographs and commenting on his lovely nature and friendliness, as he dined on the quay on Saturday evening.

The show has hit the headlines with some of its material viewed as somewhat contentious, but it has been the most watched series in the history of the RTÉ Player – whilst also well-reviewed in the US when aired on the Hulu steaming service. The series centres upon the relationship of Mescal’s character Conall, and Marianne Sheridan – played by Daisy-Edgar Jones.

Shelly Shanahan, from Dungarvan told RSVP.ie that while shopping in a local supermarket, she encountered Mescal and thought she was seeing things.

“I was on the supermarket walking along the drinks aisle getting a few beverages and who but Paul Mescal was standing there beside me. I nearly fell through the floor. I waited until he got to the car park and I asked him could I have a picture. He was so lovely, really nice.”

Mayor of Waterford, Damien Geoghegan said the visit was fantastic for local tourism, and noted the 24-year-old’s history with the county.

“He has been in a number of shows in the Theatre Royal with the South Eastern Theatre group. He was the phantom in Phantom of The Opera, he was also in Miss Saigon and it gave him a great start in his career.”

“Waterford is a place that he’s very fond of. We’re delighted to see him. He’s a man of impeccable taste obviously to spend his time around here.”

The visit is also a coincidence, given that a local woman was the lucky winner of Paul’s signature chain in a raffle where proceeds went to Pieta House earlier this summer. Eadaoin Regan, the victor, joked with Mayor Geoghegan in a Twitter exchange that he might be in town to retrieve it.

While his vacation came as a surprise, it seems for certain that Mescal is welcome to holiday here anytime he wishes.