Confidence that building will be underway next year
Despite the objections received by An Bord Pleanála (ABP)in relation to the North Quays/Michael Street project, the stakeholders driving the multi-million Euro proposal remain confident that shovels can be on site by the first quarter of 2019.
The Munster Express understands that the Fawaz Alhokair Group were particularly taken by the commitment offered by both Taoiseach Leo Varadkar and Finance Minister Paschal Donohue during a sit-down meeting organised by Senator Paudie Coffey (FG) at the WIT Arena on March 9th.
The Saudi Arabian-based backers agreeing to meet with Mr Varadkar (prior to the Project Ireland 2040 roadshow event) also represented a ‘break with tradition’ on the Group’s behalf in terms of its pre-construction phase approach to discussions. 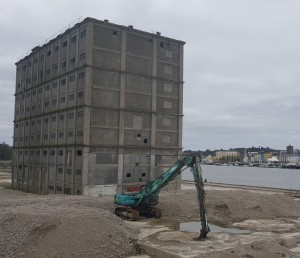 “The support of both the Taoiseach and the Minister for Finance has provided additional confidence,” a source told this newspaper last week.
“Both had wanted to meet with the Group since last December and in return, the Group wished to demonstrated its support for the leadership (City & County Council Chief Executive) Michael Walsh has provided in driving this project forward.”
Mr Walsh also attended the meeting at Carriganore, at which Fawaz Alhokair had two representatives, while Ministers of State John Halligan and John Paul Phelan, in addition to Higher Education Minister Mary Mitchell O’Connor, were also party to the March 9th developments.
Senator Coffey, who has worked closely with the Government, the local authority and representatives of Fawaz Alhokair over the past two years, said the rights to raise concerns via objections had to be respected. “We are a democracy after all,” he stated.
“However, given the significance of this project for the city and region I believe the objections in this case will not derail the project and that it will proceed as soon as ABP finalise their decision.”