One arrest for drink-driving on St Stephen’s Day

TEN people were arrested across the country on Christmas Day on suspicion of
drink-driving.Figures released by An Garda Síochána show that further 12 people, including one in Waterford, were arrested between midnight and 9am onSt Stephen’s Day.The arrest in Waterford took place at 7.30am. Any drivers who refused to give a breath sample when asked by Gardaí will now automatically face a four-year driving ban.
Meanwhile, more than 400 people throughout the country were caught speeding on St Stephen’s Day this year, according to An Garda Síochána. Gardaí say that on December26th they monitored 42,388vehicles and 414 of those “were in excess of the speed limit”.Overall, Gardaí in Waterford had a relatively quiet Christmas period. 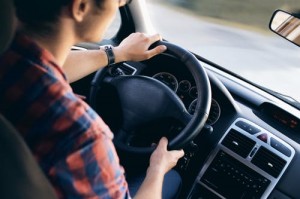 In the city, Gardaí responded to a domestic incident on Christmas Day and there were two reports of criminal damage.A car was burnt out in Briot Avenue, Templars Hall and damage was caused to a car at Daisy Terrace, Summerhill. Two people were arrested for drunkenness.