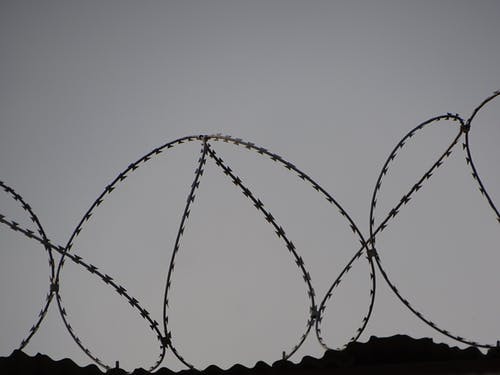 A man has been sentenced to a year’s imprisonment for his involvement in a burglary at an Eddie Rockets restaurant in Waterford city. On May 5th, 2018, Paddy Power (27), from Ardmore Park, Ballybeg, Waterford, formed part of a three-man gang that targeted the Dunmore Road diner.
Garda Cathal O’Shea of Waterford Garda Station told Waterford Circuit Criminal Court on Thursday last that at 3.45am on the date in question, alarms were set off at the branch.
A Garda car from the Wexford division, which was transporting a patient to University Hospital Waterford, had coincidentally been passing by at the time of the burglary and responded to the alarm.
Two of the burglars escaped over a fence while another man, the accused, was apprehended.
CCTV footage showed that the two men who escaped wore ski-masks. They removed the safe from its location in the restaurant and dropped it before making their escape.
The footage showed the third man wore the same clothing as Paddy Power. He made no admissions to Gardaí when being interviewed and exercised a “no comment policy”.
Some €2,500 was recovered from the safe, which had not been opened but nonetheless sustained €1,600 worth of damage. A tip jar containing €200 was not recovered. The victim impact statement from the owner outlined another cost of €1,000 window damage as a result of the burglary.
Defence barrister Conor Roberts told the court that the accused has a very significant disability thanks to a limp incurred after an accident as a child. Around the age of 10, he had fallen out of a moving vehicle and struck his head off glass, suffering major nerve damage in the process. Referring to the probation and welfare report carried out the previous month with Mr Power, the defence said he had made his way into the city that night to buy drugs. From there a suggestion was made to rob the safe from Eddie Rockets as a way of paying off a drug debt.
He currently earns €200 per week from his disability payment and is willing to put forward €25 each week towards compensation to the restaurant.
The probation report described a “desire to change” on Mr Power’s behalf, putting it down to the four-year-old son he has with his partner. It said he had been engaging well with the service. His use of drugs, the court heard, stretched back as far as when he was 13 taking non-prescribed tablets. Paddy Power had made contact with his GP prior to the burglary to get treatment for his addiction problems, but a time lag ensued due to a long waiting list for the addiction service. Mr Roberts asked Judge Eugene O’Kelly to take into account Mr Power’s socially deprived background and his disability, which he said would make imprisonment more difficult for him. He added that there was never a question of the premises being occupied at the time of the burglary.
The Judge took these into account and when summing up he said, the crime was clearly premeditated with Mr Power part of a gang which had smashed their way into the premises. The accused had been “caught red-handed” at the scene, Judge O’Kelly added. He said that while an early guilty plea was a positive, it was “not particularly valuable”. There was clear CCTV footage identifying him and “his cooperation was limited”. Judge O’Kelly said the version of events given to the probation officer about the lead up the burglary could have come earlier if Mr Power had made comment in his Garda interview, meaning the truth of his account couldn’t be tested.
The maximum penalty for the burglary was 14 years according to State prosecutor Conor O’Doherty. Judge O’Kelly said the appropriate sentence for the crime would be three years but reduced this to two. He suspended the last year of this, on condition that Mr Power is under the supervision of the probation service for one year post-release.