"Our Region Needs a Medical School"

The creation of a Medical School in Waterford city is another essential step which ought to be advanced in pursuit of regional equality: that’s the view of well-known local academic, Dr Ray Griffin.
Speaking to The Munster Express ahead of the opening of the Magee Medical School in Derry (Ulster University) in the Autumn of next year, Dr Griffin said that this development
means “Waterford will soon be the last city on the Island without a medical school”.
“Establishing a Medical School based here in Waterford, serving the South East region, could be developed completely independently of the Technological University process,” he stated.
“As a city with a Model 4 hospital, to me, Waterford is a clear and logical candidate for a medical school. We should have our head in the game when it comes to something like this; this is a process which, for me, should already have been in train for quite some time. There are at least 100 students from this region entering medical schools elsewhere each year. Just imagine what could be achieved if we had such a school, based in WIT, initially taking in 60 students in the first year and increasing in subsequent academic years. The academic gain for Waterford and the South East in turn would be enormous and there would be other economic gains in turn which would arise from such a development.” 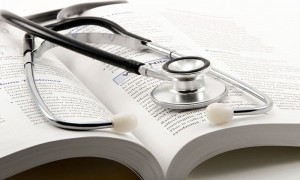 The need to establish a medical school at WIT has once again been championed by WIT academic, Dr Ray Griffin.

Dr Griffin added: “Just consider the following: the pre-existing medical schools are all growing as fast as they can, but it’s clear to me that a new medical school is needed to make the leap we need. And this isn’t pipe dream stuff: it’s achievable if the appetite is there – and I’d argue that we’d already have one up and running if we’d had political patronage driving such ambition. To those who think this can’t be done, consider the example of the University of Limerick’s Graduate Entry Medical School (GEMS) which was established in 2007. With little fuss, Limerick hired in an American University to quickly establish its turnkey medical school, much like Whitfield turned to UPMC to establish its oncology care. From a standing start, a decade later UL has just produced its 640th doctor. This can be done, and quickly.” Ray Griffin stated: “Wexford, Carlow, Kilkenny, South Tipperary and Waterford have just as much need for doctors as the other regions- in fact we have a greater need given that the population of the counties in our region is good deal older than average. This is the result of decades of brain drain, thinning out the population of working age people.”
The Government, he feels, simply haven’t taken the needs of the South East seriously. “We know that around two-thirds of each Leaving Certificate class who go onto third-level are forced to leave the region. With around 5,300 students taking their Leaving Certificate across the region this month we can expect around 3,500 to leave for university in September, and just 1,800 will stay in the region. As I said, in and around 100 will leave to study medicine, a course of study which is not offered in the region. Given the length of time medical training takes, it is unlikely any of these students will return when qualified. So they are lost to their families, their communities and to our region’s health care system.”
Dr Griffin said: “The template for political patronage in delivering a medical school is already there to tap into – we need only look to UL for proof of that. As things stand, we’ll be the last city on this island without a medical school come September 2019. Waterford deserves better. The region deserves better and aspirant doctors from the South East deserve better.”
The new UU Medical School will intake 60 medical students come the start of the 2019-2020 academic year, with a spokesperson confirming that this will increase to “120 students per year over a five-year period”.