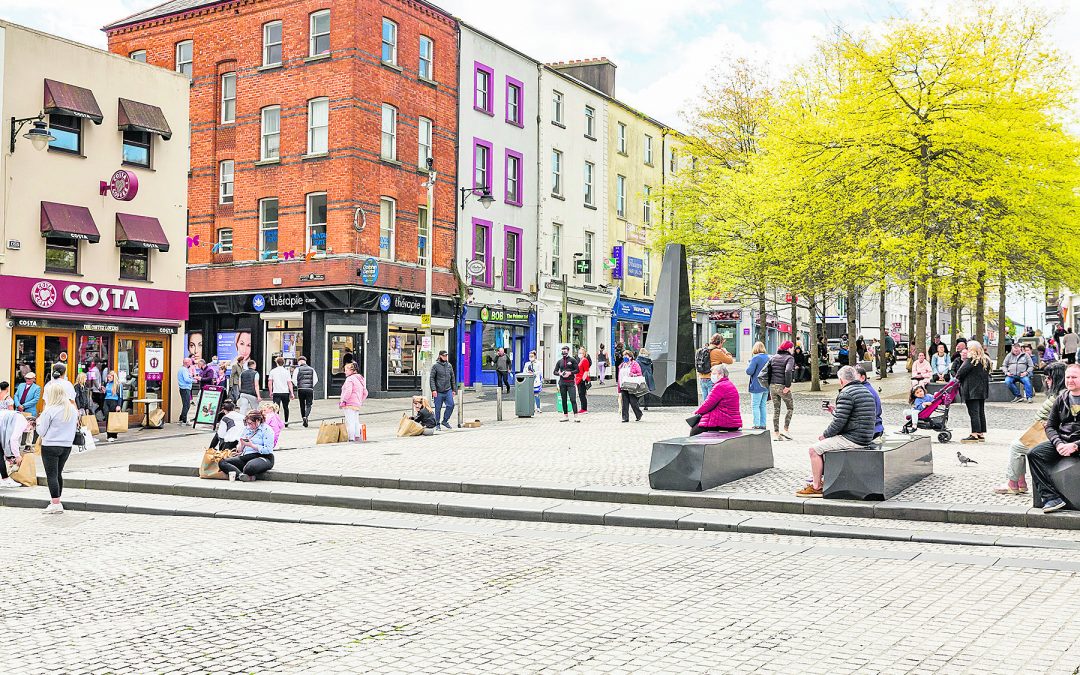 Jordan Norris
Waterford City & County Council have revealed ambitious outdoor dining plans. Funding has been granted by Fáilte Ireland for the scheme which will be in place for the next five years – costing in the region of €230,000.
The Council are seeking to create various hubs across the city beginning at The Viking Triangle and extending through the city centre as far as the Cultural Quarter. Parasols, planters, heating and lighting will be provided to enhance the outdoor offerings of local businesses – and businesses have also been encouraged to give later offerings for food service.
Senior Executive Economic Officer for Waterford City & County Council, Mr. Billy Duggan made a presentation to councillors at the May Metropolitan District meeting of Waterford City & County Council. He outlined that the Council are seeking to create various hubs in different parts of the city, which will link the areas.

“In the Viking Triangle at Bailey’s New Street, we’re looking at the area around the sword. The Failte Ireland scheme requires that there should be a minimum of three businesses in the area. We’re looking at 4x4m parasols. If you follow along into Cathedral Square, we’d like to put two more there. If you go to the top of Henrietta Street, we’d like one in front of Gallwey’s. Into High Street heading into Arundel Square, you’ve got the City Arms and we’ll be putting something there too that they can get the benefit of. Basically, we’re trying to create hubs in different parts of the city where people can float from one to the other, and it will link the various areas.”

Mr. Duggan noted the vibrancy present in John Roberts’ Square and the potential for the Outdoor Public Space Scheme to further add to the offering in that area in particular. 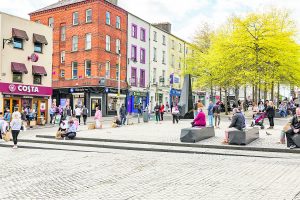 “Down Blackfriars Street into John Roberts’ Square, The Kiosk is there at the moment and The Olive Café. There’s no actual covering in the area so something like this would be very welcome there. It’s a very vibrant space. The Kiosk has been there for years and whenever there was nothing else
happening in the city centre, The Kiosk was bringing the vibrancy that we’re actually now looking for. The outdoor dining space is there so the parasols will really add to the offering in the area.”

A number of businesses along O’Connell Street and Georges’ Street have also been highlighted, with the links ending along Hanover Street at the Granary Café.

“Along O’Connell Street and Georges’ Street, you’ve businesses there that we propose to have the parasols for, and we continue down along O’Connell Street into the Cultural Quarter and you have the Bell Pepper and a cluster of businesses down the road that could benefit nicely. Finally, we finish at Hanover Street at the Granary. You have a link created from the Viking Triangle right through the city centre to the Cultural Quarter.”

The potential of the Apple Market to be a leader in outdoor dining was also acknowledged, as was the durability of the parasols and potential add-ons to enhance the scene across the city centre. 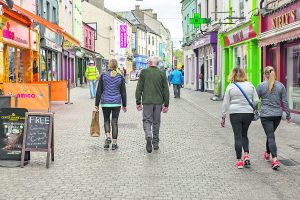 “The roof in the Apple Market solves a lot of issues so the businesses can move out under the roof. We propose to put a parasol in John Street outside Revolution. It would be our proposal to include small side screens and dress the areas appropriately with heating and lighting where possible. It will not be possible to have heating and lighting in every area. Where it is possible, we will do it. The key is high quality. We want high standards, things to look well and for it to look well. With the Failte scheme, the products you put in place must last five years. The parasols will withstand winds of up to 50 kilometres, they’re quite sturdy and a quicker alternative to building anything. The works have to be done by November. Construction is not actually an option here. We want to get something done as quick as we can.”

Mr. Duggan outlined that the Council have spoken with businesses and are aware that not every business may want to avail of the offerings and other areas of the city can be explored in that instance.
Cllr. Seamus Ryan (Labour) queried the proposed start date and the cost of the project. It was noted that the application process closes on the 27th of May and the Council are moving as ‘fast as possible’ to get the measures in place. The grant given was in the region of €200,000 with the estimated cost of the scheme at around €230,000. 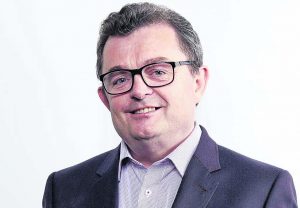 Cllr. Jason Murphy (Fianna Fail) said that while the project seems like a great idea, the examples shown to councillors come from cities like Milan and Seville.

“While I welcome them, we don’t really have that weather. Our record on maintaining these sort of things like parasols – if you look at the various questions that come up at our meetings, The Vincent Wallace Plaza on the Quay hasn’t been washed for ten years. These are going to last for five years, who maintains them? Are they going to be full of grime during the winter? As well as that, there’s people living in our city, have they been taken into account and the issues which might result – anti-social behaviour, outdoor drinking and taking of alcohol? While I welcome this, a number of issues could arise from these.”

Mr. Duggan confirmed that while the parasols etc. would remain in the ownership of the Council, responsibility for the equipment would lie with the requisite business proprietors.

“We are proposing that we would talk to the business owners in the vicinity, and that they will take responsibility for the equipment. They will have the furniture and tables and chairs and we’re providing the weatherproofing infrastructure. This is a work in progress and the intention is that business owners will be responsible. With regard to the anti-social behaviour concerns, if the owners are taking them down at night – that is up to them.”

Cllr. Susan Gallagher (Green Party) asked if the needs of the disabled were taken into account and whether access would be affected on the proposed streets. Mr. Duggan noted that these issues have been taken into consideration.
Cllr. Eamon Quinlan (Fianna Fail) sought more in-depth information on plans for The Apple Market, Hanover Street and Arundel Square and whether or not traders could extend their hours to 10pm for serving food, and if Ballybricken had been considered in the plan. Mr. Duggan noted that businesses are very interested in doing a longer offering and that is what Failte Ireland and the Council want to see. He noted that the scheme is limited to the city centre so
the Council are restricted with regard to branching out to Ballybricken.