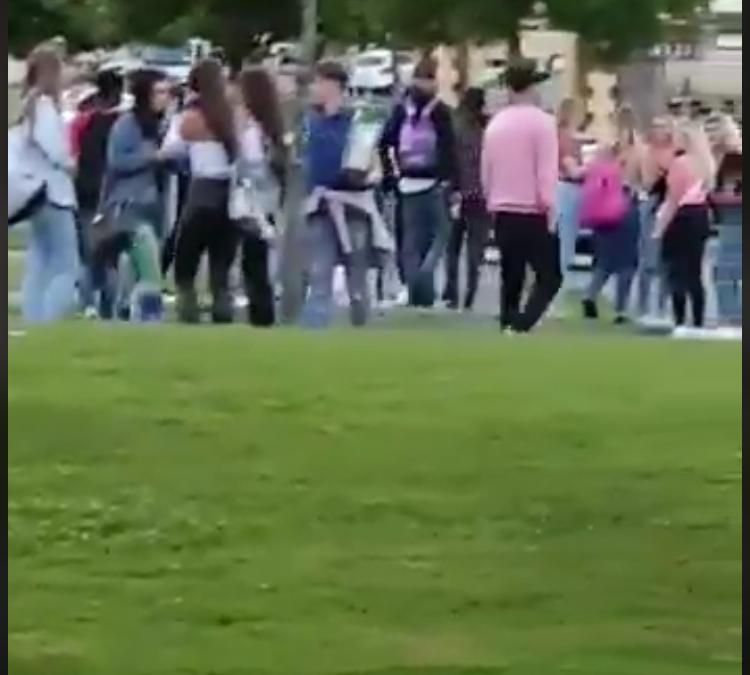 Footage from the viral video.

Widespread condemnation has been rife in recent days after video footage of a Waterford house party went viral across the internet.

Gardaí were called to a three-bed semi-detached house in Templar’s Hall at around 8:35 in the evening on Saturday, June 27th. Over sixty teenagers and young people had to be escorted from the premises out the front door, as the party broke government guidelines under the COVID-19 pandemic and created serious disturbances for local residents.

Gardaí are believed to be investigating the matter. Mayor of Waterford Damien Geoghegan of Fine Gael condemned the footage:

“It was shocking really, to be quite frank about it, and grossly irresponsible by the people involved. It is understandable, young people will want to meet up with their friends but, to have that many people at a party under the current circumstances is unacceptable really.”

“The restrictions are being lifted somewhat but, we have got to be mindful that the virus still exists in our community”.

“We’ve been doing quite well in Waterford to date -we’ve been doing an exceptional job at UHW and I think people need to bear that in mind. Young and old, we need to stick together to beat it.”

While Waterford has fared well in comparison to the national averages in terms of COVID-19 diagnoses, there is little room for complacency at present with Gardaí warning that anyone flouting the rules will be sufficiently punished.